Former HZDS MP from the times of Vladimír Mečiar has died. Aged 87, Augustín Marián Húska died on November 1, his family confirmed for the TASR newswire. 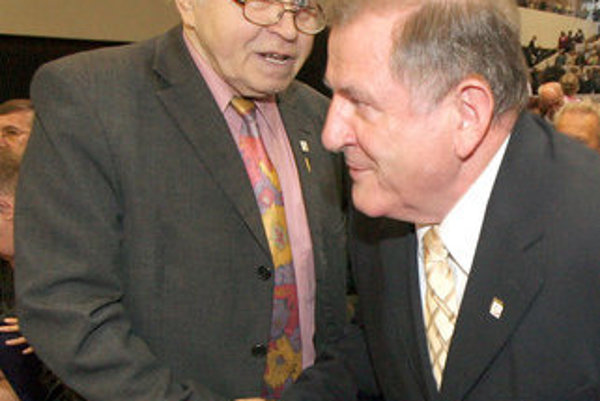 Húska was MP for the then ruling party HZDS during two terms, between 1994 and 2002. His funeral will be on November 8, at 12:00 in the Slávičie údolie cemetery in Bratislava.

He became famous alongside Vladimír Mečiar, to whom he was loyal. During the split of Czechoslovakia, he allegedly angered the then-Czech Prime Minister Václav Klaus, the actuality.sk website wrote. When they pushed me too much, Gustík Húska used to intervene, Mečiar recalled the time when the former federal country was divided into two new republics. Czech negotiators were allegedly irritated by Húska’s theory on synergy.

He graduated after studying economics, later became an MP and minister for administration and privatisation of national property.

Húska performed in the legendary video promo of HZDS representatives, called Vivat Slovakia. He was also there, when then-speaker of parliament Ivan Gašparovič asked him to take over the parliamentary session, noting that “Gusto” should stand in, as “I am called there to the old... (cock)” – which was recorded and broadcast live from the parliament.

Húska was also known for his complex and hardly understandable statements and phrases.