About 300,000 Slovaks have left the country in the past 15 years, mostly from far-east regions. 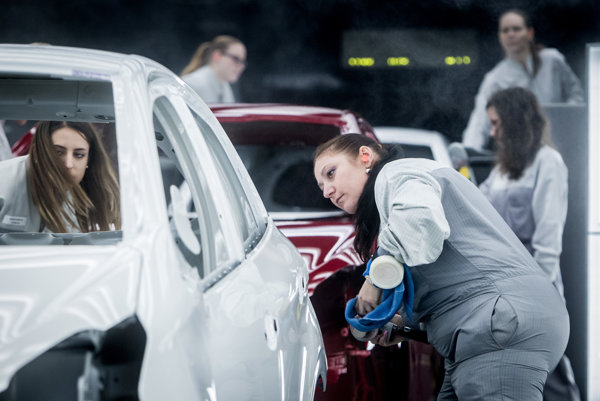 Even though the number of foreigners working in Slovakia has doubled in the last two years, more people are still leaving their homeland. About 150,000 Slovaks work abroad for less than a year, according to the recent UniCredit Bank Czech Republic and Slovakia analysis.

“Most of them are in neighbouring countries, Austria and the Czech Republic,” the bank’s analysts said, as quoted by the TASR newswire, adding that the real number of Slovaks working abroad is much higher.

The Finance Ministry estimated the number of workers abroad by using the health insurance database.

“In the last 15 years, 300,000 Slovaks left Slovakia, mainly those under 30, with a university education,” said analysts, as quoted by TASR. Most people leave the far-east of Slovakia – their number in last 10 years amounted to about 6 percent.

Contrary to this, the fewest number of people have left the south-western towns.

“Slovakia has witnessed the most massive migration after accessing the EU, but most people were exploring new possibilities and returned within two years,” the analysts explained, as quoted by TASR.

Currently, about 15,000 Slovaks leave the country every year. 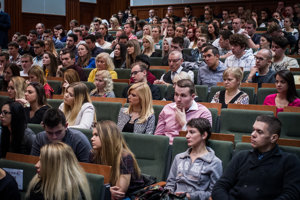 “The number of Slovaks working abroad may exceed the number of foreigners working in Slovakia by 10-times,” said the analysts, as quoted by TASR.

The foreigners working in Slovakia come mostly from the countries of central and eastern Europe. Most of them are Romanians, but during the last year the number of Serbian workers coming to the country increased significantly. Slovakia also has a significant portion of workers from neighbouring countries, like the Czech Republic, Hungary, Poland and the Ukraine. There are also many people from Bulgaria and Croatia, while the last positions in the top 10 list are held by Italians and Koreans who mostly occupy managerial positions in numerous companies coming mostly from these countries.

“Even though foreign workers work in many Bratislava shared service centres, most foreigners still fill positions that don’t require any education, often offer a lower salary and are less attractive for local employees,” stated the analysts, as quoted by TASR.

Moreover, the analysis suggests that the distribution of foreign workers in Slovakia is uneven.

“The highest share of foreigners is in the district of Trnava, which faces the biggest problem with the lack of labour force,” the analysis reads, as quoted by TASR, adding that there are also many foreigners in districts with relatively high unemployment rates, such as Revúca and Svidník.

In general, most foreign workers work in western Slovakia. In the north and the east of Slovakia foreigners work only rarely. The low mobility of the labour force, however, often forces employers in south-western Slovakia to seek employees from abroad. Moreover, some workers from regions with a high unemployment rate, who are willing to commute to work, often prefer working abroad as their wages are higher, according to the analysis.

The problem with the lack of labour force, however, may deepen in the following years. This may be caused also by the launch of production at the Jaguar Land Rover plant near Nitra.

“We expect that recruitment will start at the turn of this and next year,” said the analysts, as quoted by TASR. “The pressure to import foreign workers will be greater but Slovakia will keep its position as an exporter of labour for some time.”