Slovaks living abroad care about their homeland and call for an investigation of the corruption scandals. 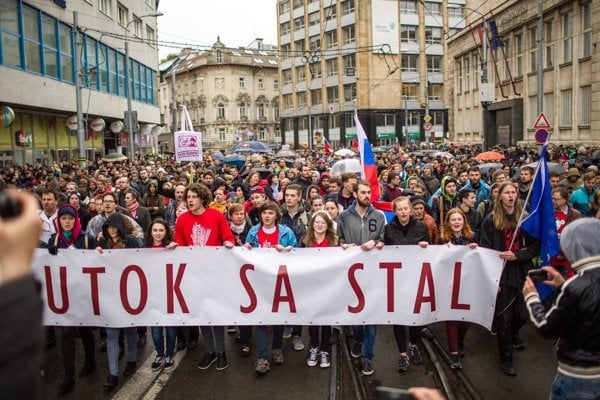 Not only in Slovak cities, but also the Czech capital will held the big march against corruption on June 5. It is organised by Slovak students and people working in the Czech Republic.

The event will take place in front of the Slovak Embassy in Prague, starting at 17:00, the TASR newswire reported.

“We live in Prague, but we care about the future of Slovakia; we are outraged by the level of corruption in Slovakia, the abuse of powers of public officials and the violation of laws by political nominees,” the organisers wrote in a statement, as quoted by TASR. 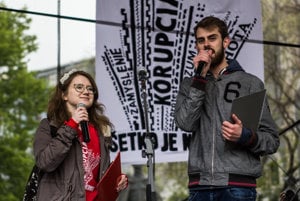 Currently, about 100,000 Slovaks live in the Czech Republic.

The organisers’ demands are very similar to the ones pursued by the Slovak secondary school students during the April march in Bratislava. They call for investigations of the so-called Bašternák and Gorilla cases, the dismissal of Interior Minister Robert Kaliňák (Smer) and Police Corps President Tibor Gašpar, as well as the removal of Special Prosecutor Dušan Kováčik from his post.

The discussions about the possibility of organising a protest in Prague started shortly after the date for the second anti-corruption march had been announced, organisers say, as reported by TASR.

The protest march in Slovakia will take place also on June 5. Besides Bratislava, it will be held also in Košice, and on June 12 in Prešov.

Thank you for singing up. Shortly an email will be sent to the address you provided to verify your e-mail.
Error! Please try to register again later, your e-mail was not registered.
Your email is not in a correct format.
Please confirm you are not a robot.
Share on Facebook (45)