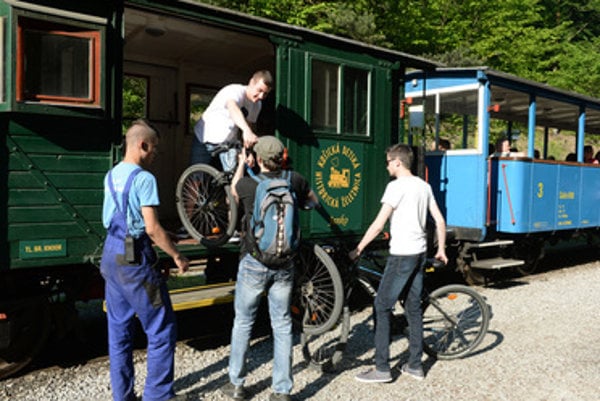 The Slovak capital is now allowing bicycles to be carried by public city transport, although the maximum allowed is only two bikes per vehicle.

The driver of the public transport (MHD) vehicle must approve the carriage of a bike and the cyclist must inform them with a gesture or by asking them. A passenger with a bike may be refused access by the driver, if the area assigned for this is already occupied, or if the vehicle is full of passengers. Nevertheless, this step represents progress. The carriage of bikes on MHD started on July 3, and is not time limited at weekends and holidays but on weekdays, it is limited to times between 9:00-13:00 and 18:00-6:00, the city informed. In some vehicles, there are also special belts to fasten the bikes, and these should be used.

There are two bus lines, the No 29 and 30, which are specifically meant to transport bikes, as well.

Passengers must buy a ticket worth €0.35 and mark it inside the vehicle. The city’s management is cooperating with the city transport company, DPB, a.s., to boost cycling and tourism in Bratislava.

“Cycling is one of the crucial alternative forms of transport in every modern city,” Bratislava Mayor Ivo Nesrovnal said. “Thus, the capital has been constantly working on improving the conditions for its development and the comfort of cyclists. I therefore consider the chance to transport passengers with bicycles via public city transport great progress,” he summed up.