Slovak government approves of the Posting of Workers EU directive prior to the Salzburg meeting. 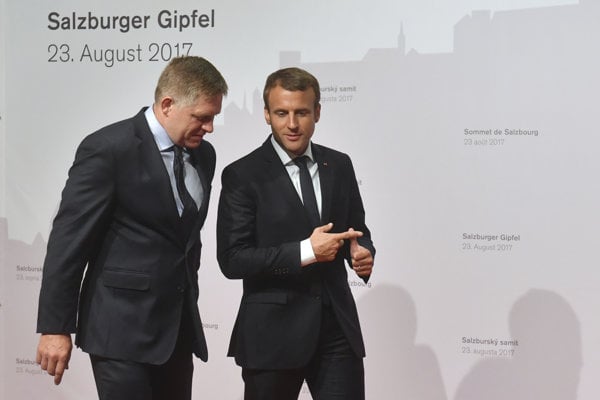 All Slovak ministers gave their approval for the rule prior to the meeting between Prime Minister Robert Fico and his counterparts Bohuslav Sobotka from the Czech Republic, Christian Kern from Austria and French President Emmanuel Macron in Salzburg on August 23.

The meeting was centred around the principle that people posted abroad should receive the same salary for carrying out the same job as local people. Macron is very active in promoting the rule, the Sme daily reported.

“Our talks represent a real step forward, real progress towards achieving a compromise in October, and I am glad for that,” Macron told journalists following the meeting, as quoted by the Sme daily.

The directive will be on the programme of the meeting of EU labour ministers in October. The EU Council can pass it with a qualified majority of two thirds of the ministers. If it is given a green light, the directive will be a subject of debate in the European Parliament.

It is a top priority for the Commission “not to hinder the process and instead make sure that we make headway with the aim of bridging divides between standards of workers in central and eastern Europe and those in place in western Europe”, said Slovak EU Commissioner Maroš Šefčovič as quoted by the TASR newswire.

Slovakia had certain objections to the directive, showing it a 'yellow card' along with another ten countries last year. Slovakia didn't reject the directive as such, but objected to the timing, demanding that EU-member states and the European Commission should be given more time to evaluate the effects of the norm. Meanwhile, the concept of 'the same salary for the same work in the same location' is now deemed acceptable by Slovakia, TASR wrote.

While Macron did meet Fico and Sobotka on his trip to Central Europe, he is not scheduled to meet the leaders of Hungary and Poland, which is a political message, the daily noted. Macron has criticised the two countries repeatedly for harming the unity of the EU.