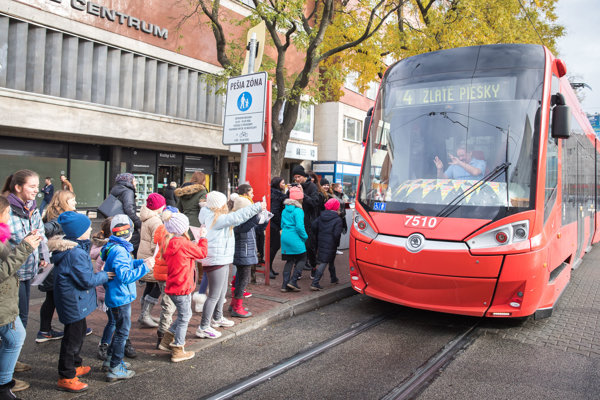 Superar children's choir wait for the driver to sing for his birthday. (Source: TASR)
Font size:A-|A+

Pavol Durec, driver of tram No. 4 in Bratislava, is known for spreading good cheer. He even celebrates his birthday each year on November 27 with his passengers when he decorates the tram and treats them with sweets. This year it was the children who surprised him when they performed a small concert for him. 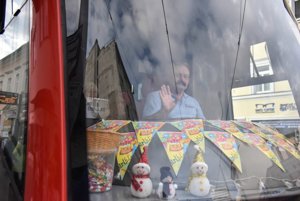 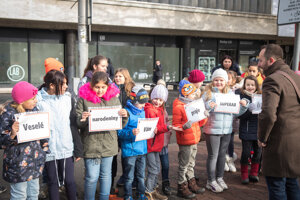 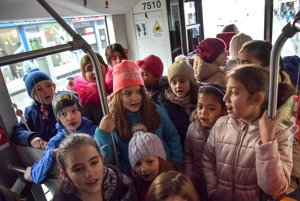 “We discuss co-existence, how to know other cultures, children from other environments and social groups in order we can live better lives, very intensively with our children,” said Marek Kapusta from the civic association Superar Slovakia, who were attracted by the story of the well-tempered driver as cited by the TASR newswire. “He likes his job and celebrates his birthday with the whole of Bratislava. This looks to us like a very good example for the children.”

About 20 children from the Superar children’s choir waited for the tram at the tram stop on SNP Square. During the ride, which lasted as far as Trnavské Mýto they sang him a Roma, an Albanian, an English and an African song, as well as the traditional happy birthday song in Slovakia, Veľa zdravia, šťastia.