It caused various problems across Slovakia. 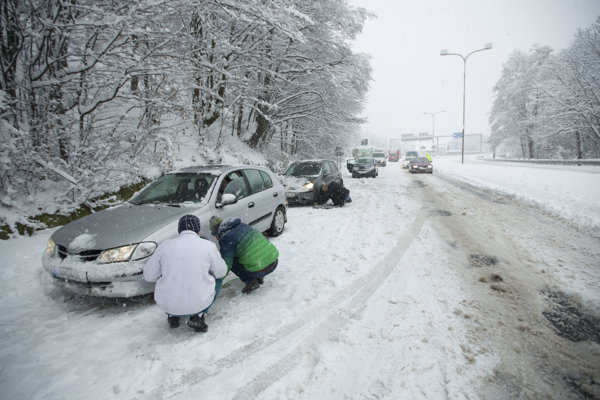 The snow that hit Slovakia on November 30 has mostly impacted transport. Several buses and other forms of public transport were delayed, while some had to be cancelled. The police meanwhile are restricting transport via mountain passes.

The worst situation is in the Bratislava and Trnava Regions, where several roads have been blocked by snow. Since the evening of November 29, firefighters have had helped in nearly 70 cases, spokesperson for the Presidium of the Fire and Rescue Corps (HaZZ) Zuzana Farkasová told the TASR newswire.

In the Bratislava Region, altogether 13 winter service vehicles have been working on the roads, gritting and clearing away the snow. The city's public transport is running 30-60 minutes late, while there are delays in the arrivals of buses travelling to Bratislava from nearby municipalities.

The worst situation was on the road from Šamorín (Trnava Region) where the delay was more than three hours, Eva Vozárová, spokesperson for bus carrier Slovak Lines, told TASR.

Other buses had problems as well. In Modra four buses got stuck in the snow.

The weather is complicating the situation in the Nitra Region, where both public transport and bus transport are facing problems. The local carrier, Arriva, gave information about the delays on its website, which in the case of public transport exceeded 60 minutes and suburban transport by two hours, Sme.sk wrote.

The snowfall complicated the situation on the mountain passes in the Banská Bystrica Region. The police stopped the transport of all vehicles via the Donovaly pass, while the Šturec pass is closed for trucks. The Čertovica pass is open to all transport, TASR reported.

The police had to close the Vernár pass (in the Prešov Region) to trucks. Several roads in the region (between Kežmarok and Jánovce, Poprad and Spišské Bystré, Jánovce and Spišská Nová Vec, as well as Smižany and Poprad) were impassable by around 10:30.

The highest number of winter service vehicles were used in the Poprad and Prešov districts: altogether 57, Sme.sk reported. 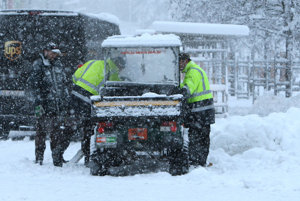 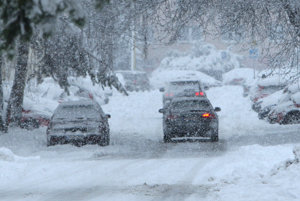 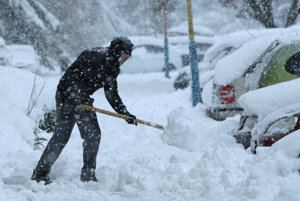 “The most critical situation is near Žiar nad Hronom,” said its spokesperson Miroslav Gejdoš, as quoted by the Sme.sk website.

He added that their employees are trying to localise the malfunctions in order to start working on their removal.