He wrote that her music saved his life many times. 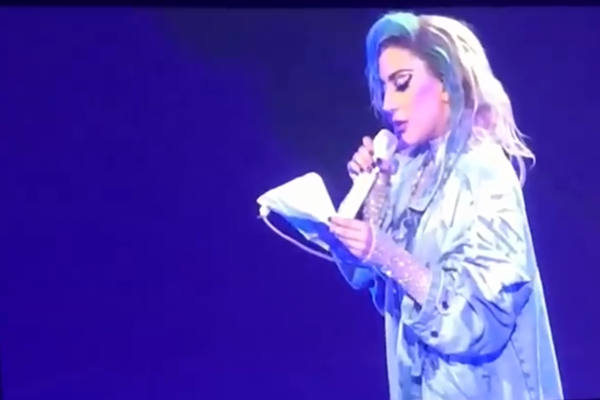 Marcel Jurák from Trnava travelled to Amsterdam with his friend to attend a concert of his favourite singer, Lady Gaga. At that time, he did not expect that she would interrupt the concert to read the letter he had sent, Dobré Noviny wrote.

“Dear Stefani, my name is Marcel and I am here with my friend Simona. We flew all the way from Slovakia to Amsterdam to see you sing in front of us. I just wanted to tell you that you saved my life so many times,” wrote Marcel in the beginning of the letter.

“I cannot describe my feelings. I feel joy that I am not only a fan for her, but also a person with a name and story,” said Marcel for Dobré Noviny.

In the letter Marcel wrote about his uneasy life filled with bullying that he experienced when attending primary school because of his weight and orientation. After reading the letter, Lady Gaga went down from the stage to hug him, Dobré Noviny reported.

“When she read my letter, I realized that I was shaking. I opened my heart with this letter. She thanked me later for sharing the story with her and others,” continued Marcel, as cited by Dobré Noviny.

How did he manage to get his letter to Lady Gaga’s hands? He knew that she usually reads one letter from a fan at the concert after the song Bad Romance, Dobré Noviny wrote.

“When she finished the song, I threw my jacket with the attached letter to the stage. She picked up my jacket and said thank you, then she noticed the letter and read it,” explained the young student from Trnava, as quoted by Dobré Noviny.