Fake news: Do young Slovaks believe what they read?

Fact-checking does not suffice and it is necessary to work with values young people believe in, says analyst. 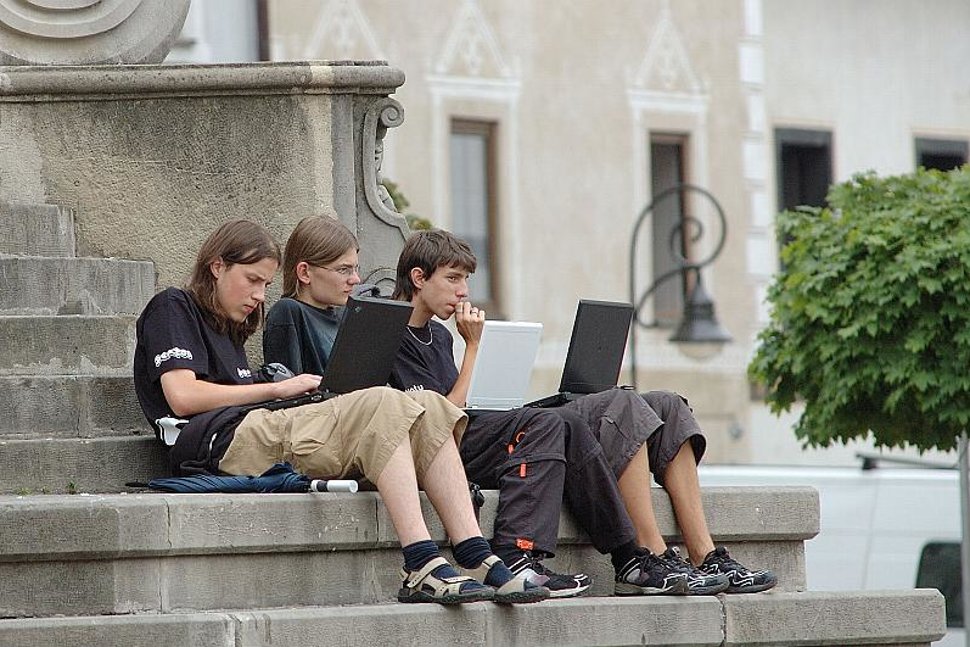 The Slovak Spectator cooperated on the reporting for this story with Comenius University and a group of American students and their teachers from the University of Maryland who visited Slovakia to research fake news and people’s attitude to propaganda in January 2018.

Read more in this story on:
-Mainstream media attempt to counter fake news
-Why young people feel excluded
-The young generation's views of limits to freedom of speech
-A video survey among Slovak students

Marek Mach is a 16-year-old high-school student. When he is not busy studying, he loves playing guitar, aircraft modelling, and, like many teenagers these days, he is interested in video production and programming. But Marek Mach is not your regular teenager.

Unlike most of his peers he is interested in politics and public life. So much so, that in 2016, on November 17 (the anniversary of the Velvet Revolution in Slovakia) he set up his own website Mladí proti Fašizmu (Youth Against Fascism).

“I realised that there was no website that would contain all information about this problem [extremism, fascism and its history],” Mach explained the reason for founding the website for The Slovak Spectator. “And if there was such a website, it was written with many technical terms difficult to understand for young people.”

The motivation for Mach to change things came with the March 2016 parliamentary election, which for the first time in Slovakia’s post-1989 history elevated a far-right party to the parliament. The People’s Party – Our Slovakia (ĽSNS) led by Marian Kotleba gained 14 seats after it received 8.04 percent of the vote.

Even more worrying was the result of the exit poll by the Focus polling agency for the private TV channel Markíza on election day: if only first-time-voters (18- to 21-year-olds) voted, Kotleba and his party would be the clear winner of the election with 22.7 percent.

Experts agree that the support for extremist politicians is closely linked with the spread of so-called “alternative” media and the fake news they disseminate online, particularly through social networks - which is where young people say they get most of their information.

Nina Hrabovská Francelová
Subscribe Author Subscribe
News: Receive notifications about new articles by email. Try the new feature and turn on the subscription.
Nina Hrabovská Francelová started to work for The Slovak Spectator as a student of journalism in October 2016. She received her bachelor's degree in journalism at the Palacký University in Olomouc and a master's degree in journalism at Comenius University in Bratislava. She spent one semester at the Jagiellonian University in Kraków and participated in several international courses for journalists.
Send the article by email
Close ad