In a chart compiled by the Dôvera private insurer, thousands of patients ranked the best and worst health facilities in Slovakia. 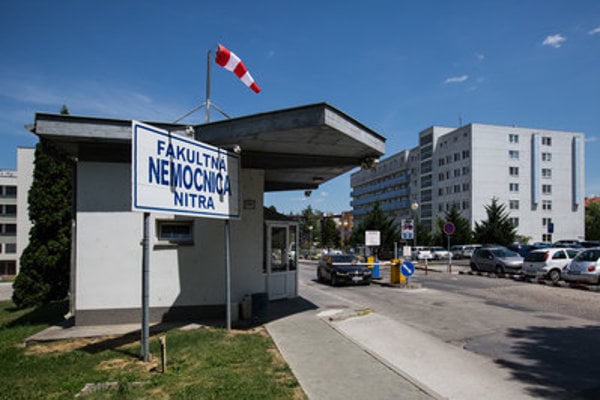 Based on questionnaires filled out by more than 6,300 patients who had been treated in one of the Slovak hospitals last year, the private health insurance company Dôvera compiled a chart of top medical facilities for the twelfth time.

As usual, the overall levels of nursing care, and informing of patients ranked the highest, CEO of Dôvera Martin Kultan said, as quoted by the SITA newswire.

On the other end of chart, satisfactions with so-called “hotel services”. i.e. with meals, accommodation and cleaning, was the lowest.

“None of the patients polled evaluated the expertise of doctors or the treatment methods used,” Kultan explained for SITA. “But anyone can asses the quality of accommodation, approach of the staff, and their condition after being released from hospital. Subjective satisfaction of patients is one of crucial indeces which we consider when concluding contracts with medical facilities.”

Patients evaluated hospitals by ranking them from one (the best) to five (the worst).

Who won in Dôvera poll

As for regions, Bratislava and Prešov were evaluated the best, while Nitra and Trnava were the worst, as assessed by Dôvera patients. (Slovakia has three health insurers, two private and a state-owned one, ed. note.)

The INEKO think-tank (Institute for Economic and Social Reforms, and NGO), which annually evaluates Slovak hospitals, has come to different conclusions, however. The Nitra Teaching Hospital, which scored poorly on the Dôvera survey, was evaluated as the second best by INEKO.

“We consider the last four years, data from all four health insurers, and four categories of indeces: patient satisfaction, quality of medical care, management and transparency,” Dušan ZACHAR, an INEKO analyst, told the Rádio Slovensko public-service Radio. “Thus, we have different criteria. The patients’ satisfaction, evaluated now by Dôvera, makes up 20 percent in our chart,” he told the radio on March 13.

As for specialised institutes, the Oncology Institute of St Elizabeth won, and in the category “other hospitals”, TETIS (a specialised children’s rehabilitation hospital) took the top position, while among spas, Nimnica spa, Natural Iodine Spa Číž and Lúčky spa were ranked at the top, while the Štós, Vyšné Ružbachy and Sliač spas were evaluated as the worst by 3,000 respondents.

In the INEKO chart, The Military Hospital in Ružomberok, Teaching Hospital Nitra and F.N. Roosevelt Hospital in Banská Bystrica ranked the best, while The Ľubovňa Hospital, private hospital in Košice-Šaca, and the hospital in Poprad were evaluated as the worst.

Both complete charts can be found on the due websites.