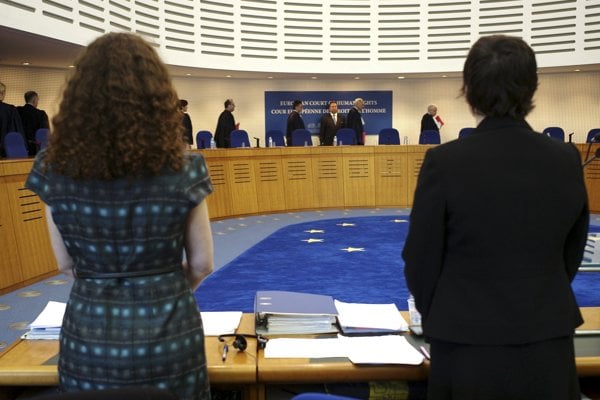 In 2018, the Slovak state lost 12 disputes with the European Court of Human Rights (ECHR) in Strasbourg, the Justice Ministry reported on March 19.

From the 12 cases, five verdicts concerned the owners of restituted flats who submitted 11 complaints concerning the regulation of rent for the flats, the Denník N daily wrote, citing the TASR newswire.

The ECHR in this case stated that the right to the peaceful use of property was violated and acknowledged the complainants are entitled to a compensation of €5.8 million in total. From that, the €5578 is the damage and non-material damage, while €258 are the legal charges.

What the case of the restituted flats is about

The restituted flats are flats which were nationalised, i.e. seized by the communist state and then returned to the original owners within so-called restitutions. In the meantime, however, the tenants in these flats usually paid a regulated rent to the state and now, the regulation is also in place after the original owners received their property again. It is not possible to rent them out under marker conditions.

Last year’s verdict from the EHCR continues the series of similar decisions from 2014 to 2016, as the court found no reason to change its stance, the government representative before the court, Marica Pirošíková, informed TASR.

The ECHR obliged Slovakia in 2014 to introduce a domestic tool enabling the compensation of flat owners due to the application of a regulated rental system. This has not been fulfilled until now, as the Justice Ministry informed the newswire, arguing that the Strasbourg court has failed so far to specify its calculation sufficiently so that Slovakia can draw a clear instruction for national legal adaptation.