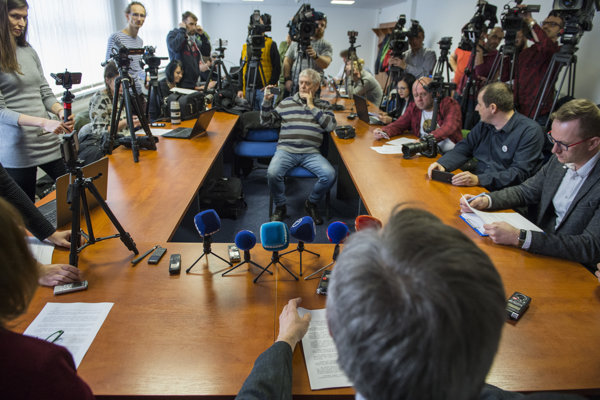 The circumstances that have been identified so far suggest that the assassinations in Veľká Mača were a contract murder. A prosecutor from the Special Prosecutor’s Office informed the media about this on Monday, March 26. Based on the investigation so far, journalist Ján Kuciak and his fiancée Martina Kušnírová were murdered on February 21 with a 9mm caliber pistol.

Two empty cartridges were found at the crime scene as well as unused bullets.

“The movement of the probable perpetrator has been documented, along with other facts that we cannot present for now,” the prosecutor said.

At present, the police are examining several scenarios, each with equal seriousness. So far, investigators have interrogated some 200 persons.

“On the basis of the offer of the payment of a financial reward for information leading to the identification of the perpetrator and the motive, the prosecution and the police have received several dozen notifications from citizens,” the prosecutor said, adding that not all of them were serious but all are being investigated with the same intensity. 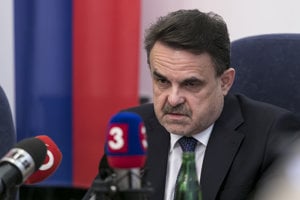 The Special Prosecutor’s Office pointed out that the Slovak law enforcement authorities are cooperating with foreign investigators on this case, Italians as well as Europol.

The investigative team consists of 10 investigators and more than 50 operative agents, as well as an analytical group of six analysts and the foreign cooperation group.

“It’s one of the biggest investigative teams put together with an eye towards investigating a murder in recent years,” said the prosecutor.

Restraint is important in providing information about this case.

“It is in this way that the main purpose of criminal proceedings is achieved, that is finding and punishing the perpetrators,” he said.

Investigative journalist Ján Kuciak and his fianceé Martina Kušnírová were shot dead in their family house by a currently unknown culprit or culprits. It is assumed that Kuciak’s work uncovering the operation of the Italian mafia in eastern Slovakia and its possible connection to top politicians might have been behind the murder.