After shares were stolen from the company, strangers appropriated the company. 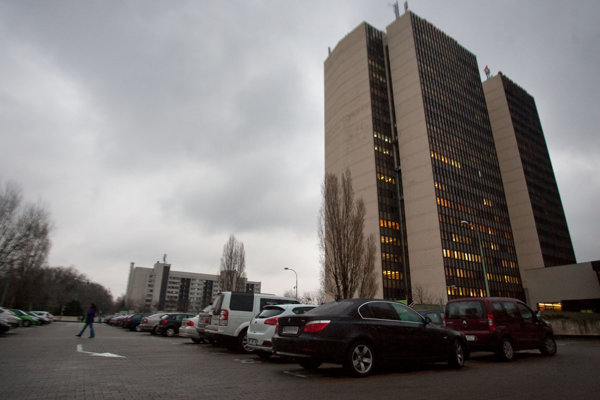 Last year, the murdered reporter Ján Kuciak pointed out that the property of the famous Bratislava-based company Technopol, worth €20 million, ended up in the hands of people close to businessman Marián Kočner under suspicious circumstances.

Now, the Trend weekly and the Sme daily found out that shortly after the hostile takeover, Technopol paid half a million euros to Kočner’s personal account. The case has been investigated by police for some time, and several people have been accused.

Kuciak wrote that the hostile takeover of the firm Technopol Servis took place between December 2 and 8, 2016. 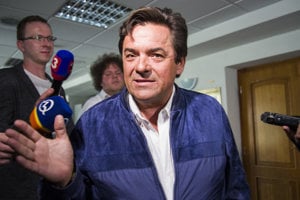 Its self-proclaimed owners then twice transferred the building of Technopol in Bratislava’s borough of Petržalka to other companies. The building contains offices, a restaurant and a congress centre, as well as other firm’s real estates.

After the scandal surfaced, Kočner told the Pravda daily that connecting him to Technopol is “schizoid fantasizing”.

However, in Technopol’s accounting system, the payment from December 7, 2016 is recorded. When the firm was seized by people connected to Kočner, Technopol Servis paid €500,000 to his personal account in Tatra banka, according to Trend and Sme findings.

The businessman did not say what this payment was about as of Thursday, May 31. “Daniel Lipšic can best explain to you what the payment was,“ he reacted for Trend, without further explaination. Lipšoc, a former interior and justice minister, is currently a lawyer, and in the Technopol case, he represents the aggrieved party, in whose name he has also filed several lawsuits.

Businessman Pavel Pávek led the Technopol Servis company for several years while his wife Denisa sat on the company board. After marital disputes, she used her position in 2016 to appropriate Technopol’s shares. Behind the backs of shareholders and managers, including her husband, she started transferring the property from the company. Banks discovered this, and blocked several of the transfers. Later, police charged Pávková with stealing the shares.

On Friday, December 2, 2016, an extraordinary general assembly of Technopol Servis took place but Pávek, as legitimate head of the firm, did not know about it. Businessman Jozef Dučák Jr. arrived to the assembly with shares appropriated previously by Pávková.

For understanding the connections around Marián Kočner, it is crucial to learn about the companies and their owners who got hold of Technopol’s property.

Jozef Dučák Jr. is the son of Jozef Dučák Sr, who – together with Kočner – represented the US shell firm Westminster Brothers in the case of an illegal waste dump in Pezinok. At the self-proclaimed general assembly, Dučák Jr. appointed his father to the chair of the Technopol Servis Board. A mere two days after the assembly, Dučák Sr. first transferred the valuable real estate of Technopol to the VertiCom company of lawyer Andrej Šabík who, one day later, sold the buildings to the newly-established LtD. Company Reality Fond, belonging to Peter Horváth.

All of them are connected with Kočner who did business with Peter Horváth in the 1990s. Lawyer Šabík sits, among other positions, on the supervisory board of the Forum Group company whose shares are half-owned by Kočner.

Dučák Sr. was also co-owner of the KAI company for 10 years which operated the Zlatý Kľúčik Hotel in Nitra, financed by Norbert Bödör. This March, journalists took photos in front of the hotel of a car used by Kočner.

Zlatý Kľúčik is popular among members of the (ruling) Smer party. Norbert Bödör is son of Miroslav Bödör, owner of the SBS Bonul security company that receives public orders from Smer governments, and Smer chairman Robert Fico holds speeches at its Christmas parties.

He also threatened Kuciak due to Technopol

And finally, Kočner is connected with Pávková, too: he bought the house in Bernolákovo from her which led to a court dispute.

When the murdered journalist Kuciak talked about this case with Kočner, the latter allegedly threatened him with public disaccreditation. “I bought a house which was for sale on the internet. It was on offer – what makes this a crime?” he reacted to the information on Pávková’s house.

After a Sme reporter contacted him to ask about Technopol, Kočner informed him via email he plans to publish private family and health information about him.