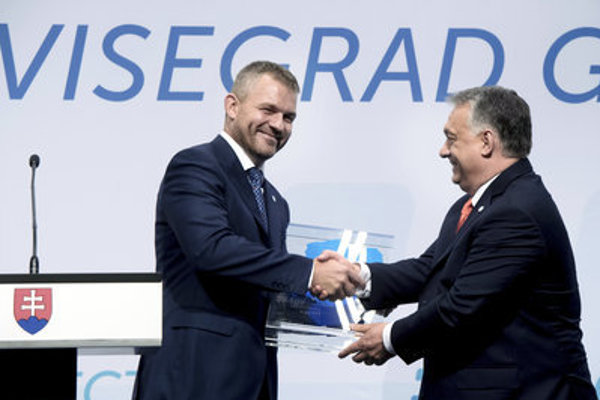 The Hungarian Prime Minister Viktor Orbán warned Slovakia against the influence of US financier George Soros, whom he called “a dangerous financial speculator”. He was speaking on the June 24 show V Politike (In Politics), broadcast by the private news channel TA3, in which he discussed the issue with his Slovak counterpart Peter Pellegrini. Many people in Hungary in non-governmental organisations work to the benefit of Soros while the US financier and philanthropist is a risk for Hungarian national security, Orbán commented.

As for the laws adopted in Hungary and criticised abroad, Orbán said that his cabinet’s goal was to achieve transparency in NGO financing. Pellegrini reacted by saying that the transparency of NGO financing in Slovakia must also be increased. He even admitted that Slovakia, too, will toughen the appropriate laws and regulations.

On the show following the June 21 “Visegrad Four (the Czech Republic, Hungary, Poland and Slovakia) + Austria Summit”, Orbán said that the outgoing Hungarian V4 presidency had taken place over a special historical period in which the Slovak presidency would continue.

As far as the ongoing migration crisis is concerned, Orbán stated, as quoted by the TASR newswire, that there is an accord between the V4 countries in addressing the issue.

“We are protecting ourselves against migration. We have a strong cultural identity we don’t intend to give up while countries from other regions of Europe are facing problems with competitiveness and are failing to protect their borders and masses of migrants have thus appeared in them,” Orbán said, as quoted by TASR. “Therefore, our role is to create cooperation between the eastern and western, northern and southern regions of Europe. Central Europe has been developing a lot of actions in this regard.”

When speaking of the Slovak-Hungarian relationship, which has not always been trouble-free, Orbán said he views Slovakia as a pragmatic partner that does not seek excuses but solutions. He praised Slovakia’s care of its minority in Hungary. Orbán highlighted, too, the cooperation in migration and thanked Slovakia for its understanding that Hungary needs help in protecting itself against illegal migration. Pellegrini labelled the mutual relationship as trouble-free.