After meeting his Chinese counterpart in Sofia, Slovak PM Peter Pellegrini stressed his country wants to continue playing a strategic role in transport, as well as becoming the gate for Chinese investment in Europe. 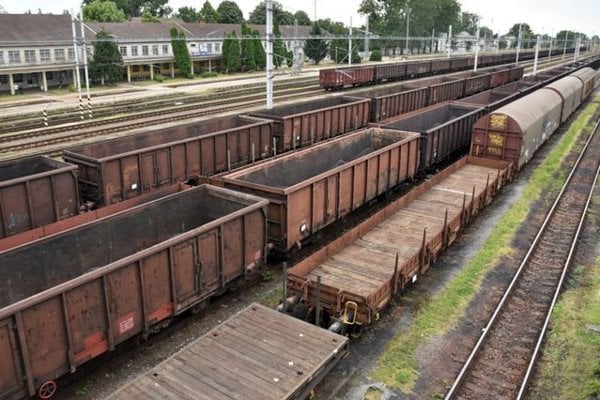 Slovakia wants to play a strategic role in transport in the future, Slovak Prime Minister Peter Pellegrini said – as quoted by the TASR newswire – after a bilateral meeting with the Chinese Prime Minister, Li Keqiang, before a summit of 16 Central and Eastern European countries and China in Sofia, Bulgaria, on July 6.

The Slovak premier stressed that they also talked about the possibility of extending the broad-gauge track from eastern Slovakia to Bratislava. He informed the Chinese prime minister that Slovakia plays a strategic role in the field of oil and natural gas transportation from east to west.

Pellegrini also expressed a Slovak ambition to continue to play such a strategic role in the future.

“We therefore talked specifically about the possibility of extending the broad-gauge track from the eastern part of Slovakia towards Bratislava directly to the Danube river, which could significantly reduce the need to transfer containers coming from the eastern world,” Pellegrini said, as quoted by the TASR newswire.

The project is being undertaken by four railways – Slovak, Austrian, Ukrainian and Russian, and it is expected that the track would be extended into Austrian territory, while two large terminals would be part of it – one in Slovakia and the other in Austria.

At the meeting they also talked about China’s interest in participating in this project financially. “This project’s value is calculated somewhere between €7 and 8 billion, which is, of course, a considerable sum that is interesting to Chinese banks and Chinese investors,” said Pellegrini.

The Chinese premier assured me he has an interest in developing good and correct relations with Slovakia. “He wants to increase trade exchange and trade balance with Slovakia and plans to reduce tariffs on imported completed vehicles from the current 25 percent to 15 percent,” said Pellegrini, adding that it is also excellent news for Slovak carmakers as they will be able to sell their products on the Chinese market at better prices.

Another subject discussed was agriculture: Slovakia is interested in getting its quality food products onto Chinese markets as soon as possible, so it’s necessary to complete the certification of agricultural products coming from Slovakia, the PM noted, according to TASR. He has already asked for this early certification.

Moreover, the Slovak Post (Slovenská Pošta) is negotiating a pilot project with a Chinese company which would see Bratislava airport become the hub for package delivery from China to supply all western-European countries, TASR wrote.

Pellegrini also told the Chinese premier that Slovakia is able to create interesting and quality conditions for large Chinese investments that could come to Slovakia.