BMW will not come to Košice, opting for a Hungarian city instead

Slovakia was on the shortlist for BMW’s new plant, the Economy Ministry claims, while experts see more reasons than a lack of infrastructure behind this move. 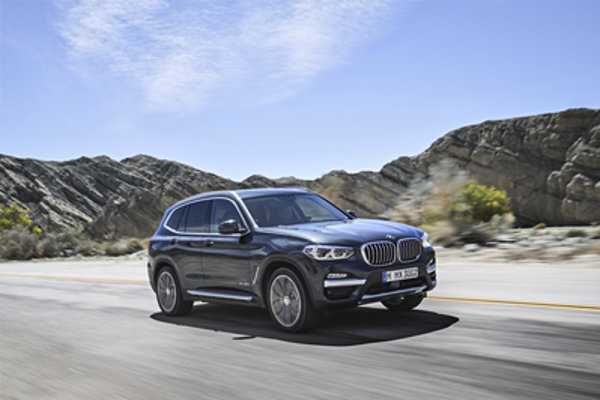 Slovakia was on the shortlist for a new plant of the BMW carmaker, Economy Ministry spokesman, Maroš Stano, stated, reacting to the company’s announcement that it will build a new plant near the Hungarian city of Debrecen.

“The Economy Ministry has been saying all along that it’s been holding talks on Haniska industrial park with several investors engaged in various sectors, including the automotive industry,” Stano said, as quoted by the TAR newswire. “We can confirm that Slovakia made it onto the shortlist of countries for a new BMW plant. The Economy Ministry won’t comment on the carmaker’s decision before official information is available. However, negotiations with other companies interested in investing in the locality continue.”

BMW will build a new plant for €1 billion in Hungary, the DPA newswire reported on July 31. It will be located near Debrecen and employ over 1,000 people. As many as 150,000 vehicles per year with combustion, hybrid and electric engines should be manufactured there, the German plant announced earlier that day. The construction of the plant should be launched in a year, while the date of its completion and the type of models that it will produce are still open,” the BMW spokesman said.

BMW cited good infrastructure, proximity to a supply chain and qualified labour among the reasons for its decision in choosing Debrecen.

The decision to build a new plant stresses the global growth perspective of the BMW Group, said head of the concern, Harald Krüger, adding that after big investments in China, Mexico and the USA, it is now boosting its presence in Europe, which also supports the global balance of production split between Asia, America and Europe.

In Germany, BMW will invest more than a billion euros this year alone, to modernise plants and prepare for electro-mobility.

BMW has been long rumoured to be the next carmaker to come to Slovakia, more specifically to the industrial park in Haniska near Košice, the Sme daily wrote.

Even Finance Minister Peter Kažimír suggested by the end of May that we were still in the final selection for the car plant.

“We are fighting for another carmaker everyone knows and many of you drive these cars,” he revealed on the discussion forum of Hopodárske Noviny daily. “I am surprised we are in the finals. In the upcoming months, we will learn the result.”

Despite Slovakia not winning the fight for BMW, the new Hungarian plant can help us. Debrecen is about a two hours’ drive from the Slovak border, and two to three hours, due to different routes, from Košice. And the BMW plant is not the only one where Slovaks could be employed. 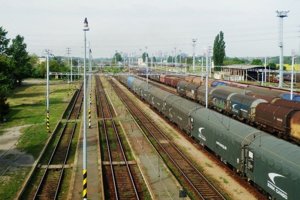 “Even if BMW ultimately decided for the Czech Republic or Hungary, it would help anyway,” Finlord analyst, Boris Tomčiak, told Sme in the past. “This would probably attract suppliers to the whole region,” he noted, adding that there are still enough free and well-qualified people, and the infrastructure has improved a lot.

In the Košice Region, the unemployment rate stands currently at 9 percent, while in the Prešov Region, it is slightly higher than 9 percent.

“We cannot take the decision as a loss for Slovakia, but rather as a win for the whole central European region. Carmakers know all too well that in Slovakia, Hungary and Poland, there is potential for building plants with relatively lower costs compared to Germany or France,” Tomčiak added.

Politics, rather than a highway is behind the final decision

The former rector of the Technical University of Košice and incumbent member of the executive committee of the Slovak Automotive Industry Association (ZAP), Juraj Sinay, intensely followed the negotiations concerning the arrival of BMW to Haniska. He was negatively surprised by the Bavarian carmaker’s decision and he likened it to a team leaving the competition after a penalty shoot-out, as quoted by Sme.

“We missed out on a historical chance – unfortunately, this is our strategic defeat,” he commented on BMW’s decision. Sinay does not think Debrecne succeeded just because there is a highway.

“We have to consider, analyse, where the mistake was made, and why Debrecen defeated us,” he notes. “It will definitely not be only the highway – although it lies at the end of the Hungarian M35, which connects it to Budapest and then with virtually all western Europe,” he said for Sme, adding that if BMW had focused just on highway proximity, then Košice, or Haniska, would not have made it to the closer shortlist.

“Maybe I would look for reasons in the social situation, and in some not very fortunate comments of several current or former politicians concerning the future of the automotive industry in Slovakia. I believe that BMW representatives must have also very sensitively perceived various political statements, and they surely considered how the local community would perceive their arrival as well,” Sinay summed up.

The ZAP executive is convinced that Slovakia narrowly missed the BMW investment: in the penalty shoot-out, good fortune left us, according to him.

“... this is a pity – not only for the city but for all eastern Slovakia,” he noted, adding that around 1,500 people would work directly in Haniska, and about 3,500 more at sub-suppliers. It would also be a great chance for qualified people to return home from the west of Slovakia, as jobs would be added where they are lacking right now. “It is really a great pity, since such an opportunity will not come our way anytime soon,” Sinay concluded for Sme.