The memory of emigration will survive in our children's children

Dušan Tóth, a noted figure of the Slovak community in Canada remembers August 21, 1968 and his emigration. 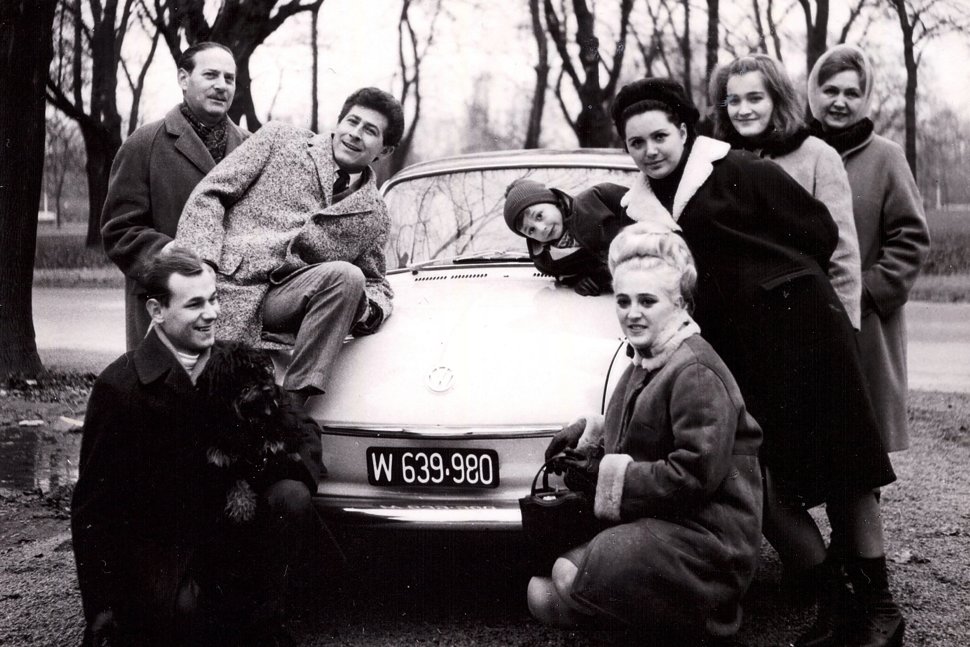 Last days in Austria before departure to the US. Dušan and Valika Tóth, their son Petrík, and the parents, sisters and brother-in-law of Valika Tóth. (Source: Zuza Mináčová)
Font size:A-|A+36

Every year on August 21, we sit around the table in the Canadian city of Toronto. The youngest of the family lights a candle and says: “Let us recall the anniversary of the occupation of Czechoslovakia, when our family was forced to leave our home.”

First, it was Peter, who was born in Slovakia five years before we left. He would always add: “And our life has changed.”

My memories of August 21

We had just returned from the holidays. I had been banned from the live broadcast of the morning radio show for a month because I publicly criticised the dean of the Medical Faculty, a communist. August 21 was to be my first day back at work. Just after midnight, the phone rang.

“Turn on the Vienna radio, we are occupied,” our neighbour said, crying. “Troops are crossing the Bratislava bridge. Open your windows, you’ll hear the roar of the tanks.”

In an hour, the doorman from the radio called to say he couldn’t send a car for me. Tanks had occupied the radio building and nobody was allowed out.

On my way, I passed armed transporters and trucks full of soldiers. Nobody paid attention to me.

When I arrived at the radio building, I noticed several tanks with their cannons pointed at the radio. Two armed men with machine guns stood at the door, and several more oversaw while the security service checked me.

After the 4:35 news, I read out the Statement of the Central Committee of the Communist Party of Czechoslovakia: “To all the people of the Czechoslovak Socialist Republic..."

Statement of the Central Committee of the Communist Party of Czechoslovakia:

“To all the people of the Czechoslovak Socialist Republic. Yesterday, on August 20, 1968 around 2300 hours, the armies of the Soviet Union, the Polish People's Republic, the German Democratic Republic, the Hungarian People's Republic and the Bulgarian People's Republic crossed the borders of the Czechoslovak Socialist Republic.It happened without the knowledge of the president of the republic, the chairman of the National Assembly, the prime minister, and the first secretary of the Central Committee of the Communist Party of Czechoslovakia. We call on all citizens to stay calm and not show resistance to the troops as they proceed. That is also why our army, the security, and the People’s Militia, did not get orders to defend the country. The leadership of the Central Committee considers this act a violation of not just all the rules of relations between socialist states, but the norms of the international law.”

Then I read the weather forecast. The officer opened the door and showed me out of the studio. We then stood at the corridor, deciding what to do. Newswires stopped working, we were cut off from the outside world.

It was getting dark and people gathered around the radio building, demanding that we inform them about what was going on. Serviceman Skovajsa was recording the Viennese broadcast, with detailed information on the events in our country. A technician gave us microphones, and from the first floor we passed the news to the people gathered around the radio building.

In the days that followed, we were broadcasting from various locations, and using telephone lines as well. To ensure we were not easily identifiable, we used the numbers of the state institutions. And so, we broadcast from a ship on the Danube, from the movie ateliers at Koliba, and from the Agriculture Ministry.

They couldn’t silence us even after they blew up the Kamzík transmitter. We continued broadcasting even when they started coming for us. We warned citizens to take down the street names and house numbers and to put direction signs at crossroads pointing towards Moscow, Warsaw, Budapest, Berlin.

They are after us

We continued broadcasting news until the start of October when we heard that the “counter-revolution” had been suppressed.

The troops had gone, but those who invited them needed to take their revenge against those who organised this underground broadcasting.