Slovak women were sold and forced into prostitution in the UK

Four men and two men are accused of human trafficking in Slovakia and face prison sentences of 7 to 12 years. 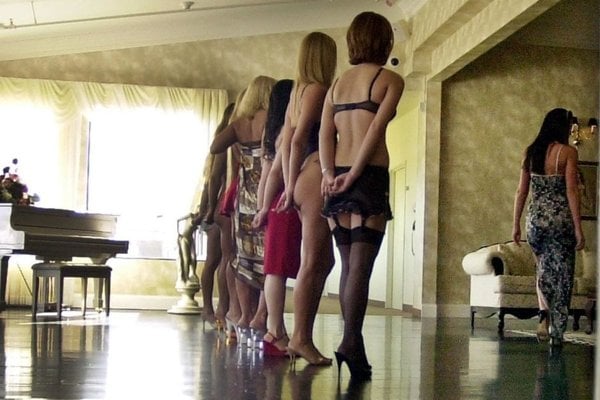 The Regional Prosecutor’s Office concluded investigation on another case of human trafficking and sent it to the Košice II District at the beginning of September. This time, four men and two women - identified as Erik Š., Jozef D., Dávid R., Michal Z. and Ružena K. from Trebišov, and Helena C. from the Michalovce District are prosecuted at liberty, the Korzár Košice regional daily wrote on September 25.

The six people from the Zemplín area allegedly founded an organised group meant to profit from forced marriages and prostitution of women from Košive and the Prešov Region.

Aided by unknown people from the UK, they allegedly picked young women and lured them abroad. According to the charge, they targeted the Roma, and women from a socially weak environment. They are said to have secured accommodation and transport abroad for them.

In the UK, they first learned about the true goal of their journey, i.e. marriages with Pakistani citizens. Each “sale” of a bride earned the Trebišov gang up to €3,000. By marrying women from Slovakia, the Pakistanis wanted to legalise their stay in a European-Union member state.

According to the charge, defendants picked the victims among Roma families with many children, some of which had grown up in an orphanage and then left to live in settlements in terrible conditions. Some were already mothers of small children, and one was pregnant by that time. All of them were unemployed and poor, which is one of the reasons why they were lured so easily with the prospect of getting well-paid jobs.

If the defendants managed to persuade a woman, they brought her to a house in the village of Pavlovce nad Uhom with nothing but an ID card on them. Then, accompanied by people tasked, they travelled to England or Scotland to guarded houses. Immediately after their arrival, they were stripped of their documents, and offered to Pakistani men as brides. After the prospective bridegroom chose one of them, she was pressured by marriage brokers into wedlock while in a dire situation: in a strange environment, without money, ID card and language skills. The women were also forced into prostitution.

Altogether, the Slovak group enticed six women to the UK but after arriving to the country, their fates were quite different. One of them married her “bridegroom”, got 1,000 for it and returned to Slovakia. Another one was forced by her “buyer” to have sex, then sold to another man, and after an unknown Roma man bought her a ticket back, she returned home in December 2014.

One woman did not yield to marrying her “match”, and under the pretence of bringing her birth certificate from Slovakia, managed to get home.

The fourth one was purchased by a Pakistani, but before the wedding could take place, she bore a child. By claiming he was the father of her child, the man legalised his stay in the UK. She refused to marry so she was kicked out and ended up in a facility for human trafficking victims, returning to her homeland in summer 2015, Korzár Košice wrote.

The next one was refused entry to the UK, remained in France and returned home on her own. The last woman refused to marry “her” Pakistani, who then beat her and locked her up in a room. After a police operation, she returned to Slovakia in November 2015.

Facing up to 12 years

Four defendants refused to testify and two claimed they were innocent. However, all of them were proven guilty by the victims in police line-ups who also described all the events, from persuasion in Slovakia to distress abroad.

If convicted, the defendants face a prison sentence of 7 to 12 years, according to the newspaper.