As the only upside-down pyramid in the world it conceals a unique slide atrium, even creating a spiritual space. 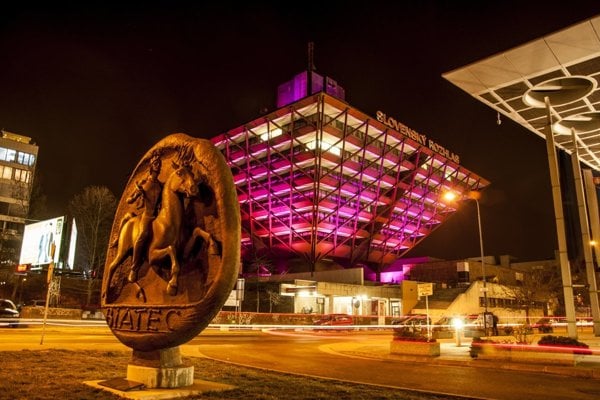 More than 30 years from its completion, the upside-down pyramid-shaped Slovak Radio building raises different opinions. In 2001 it won first place in the Building of the Century survey in the Civil Structures in Slovakia category. The Telegraph placed it on a list of the world’s ugliest buildings.

“It happens when a building is so unusual and so different from others that it creates some dislike,” architect Štefan Bekeš told The Slovak Spectator. “This will settle down over time and the public will begin to gradually appreciate its values.”

This was the case with the Eiffel Tower in Paris and the Atomium in Brussels.

“Like them, the inverted pyramid, alongside the castle, the Kamzík TV tower, the SNP Bridge, and the SNG extension, has become a symbol of Bratislava,” said Bekeš.

The richly illustrated Slovak-English book with a lot of documentation was published by the publishing house Spektrum STU, on the occasion of the announcement of the Slovak Radio building as a national cultural monument. Its author, the architect Štefan Bekeš, recounts the history of the building to its present day in a popular and educational way accessible to the lay public. It includes proposals for its future adaptation.

“I hope that after reading it people will have a fresh look at the radio building,” said Bekeš.

At first there was little courage

The former Czechoslovak Radio building originated in the 1960s. First, an urban planning competition was held to answer the question of where the building would be located, choosing the existing site. The second, architectural one, answered the question of its form. None of the submitted projects satisfied the assignment.

“The jury was looking for a technically innovative and experimental building, but the architects did not have enough courage to design such a building,” said Bekeš.

Only after the competition did the team of architects around Štefan Svetko come up with the inverted pyramid project. It was designed in an architectural style on the rise in the West – brutalism. The design was characterised by simple, block-like forms and concrete construction, mundane functions exposed. In Slovakia, this style is called technicalism, and its other examples are SNP Bridge and the Kamzík TV tower.

“The project of the inverted pyramid with another pyramid inside, attracted the jurors so much that they unanimously recommended it to the investor,” said Bekeš. 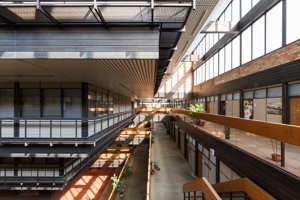 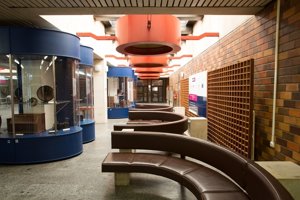 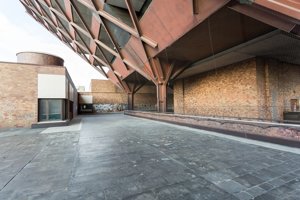 The construction began in August 1968 and lasted a long 16 years. The first radio employees moved into the new building in 1984. The regular broadcast from this building officially started in 1985.

“That’s why the public still connects this building with normalisation and totalitarianism,” said Bekeš. “But its idea dates back to the political thaw in the 1960s and its legacy. During normalisation, such a building would have been unimaginable.”