American researcher Madeline Vadkerty put together stories of the people who pleaded for help from Jozef Tiso, president of the Slovak State, 80 years ago. 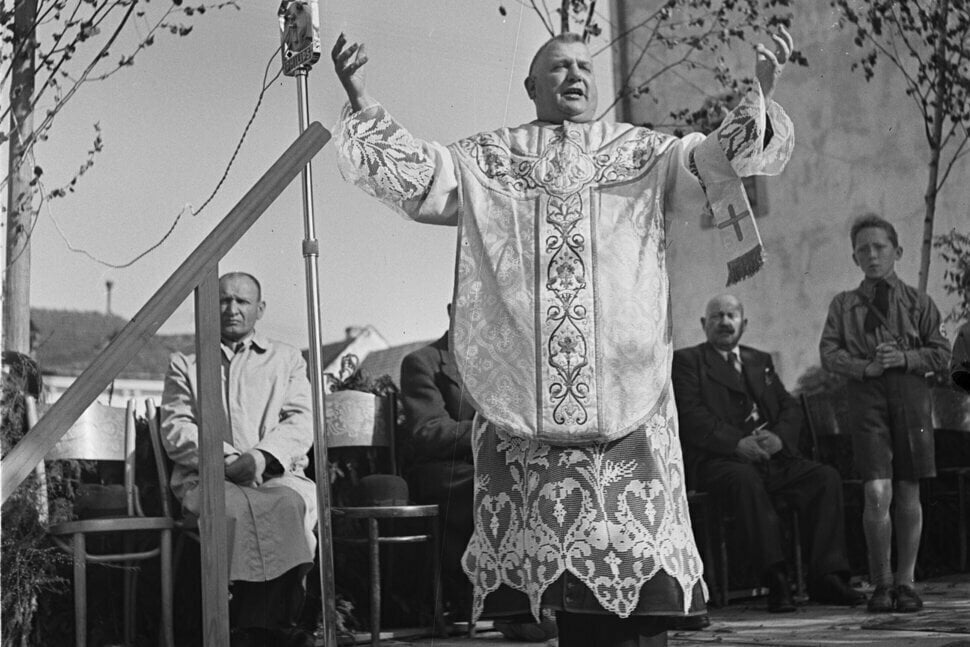 Jozef Tiso, a Catholic priest and president of the Slovak State during the Second World War, was sentenced to death on April 15, 1947. He died three days later. (Source: Interior Ministry of the Slovak Republic/Slovak National Archive)
Font size:A-|A+66

It was 80 years ago when people began to send their first pleas to Jozef Tiso, the then president of the Slovak State, to help them. American researcher Madeline Vadkerty discovered the letters in an archive during her business trip to Slovakia back in 2002.

“I came across the letters in the collection of the Office of the President of the Slovak Republic at the Slovak National Archive,” she claimed. Vadkerty then worked for the United States Holocaust Memorial Museum in Washington, D.C. She was sent out to Slovakia to single out documents from the period of the Second World War, which could be of interest to the museum.

“I promised to myself I would return once I had more time to learn what happened to their authors," she added. “I was touched by the deep humanity the letters contained.”

Vadkerty is also writing a book about these letters.

She is now ploughing on in Slovakia, trying to uncover stories of their authors. Bardejov, Lučenec, Pezinok and Bratislava are just a few places researcher Madeline Vadkerty, accompanied by historian Ivan Kamenec and publicist Peter Juščák, have visited in Slovakia to read the letters.

People penned their letters shortly after the establishment of the Slovak State on March 14, 1939. This was around the time when the first restrictions began to be introduced, including a numerus claucus to exclude the Jews from universities and other professions.