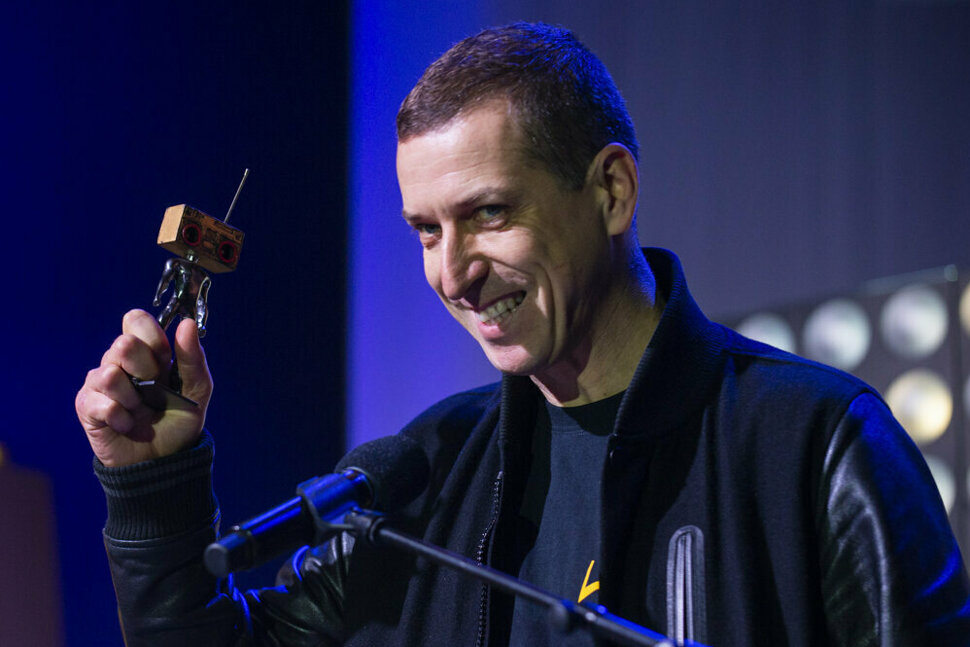 Rapper Vec wins the Song of the Year for his record 'Slovák', which ironically points out all the stereotypes about Slovaks as well as the stereotypes Slovaks have towards others. (Source: TASR)
Font size:A-|A+38

Rapper Vec's hip-hop song, Slovák, pokes fun at the Slovak people's provincial attitudes to life, minorities and foreigners. With the lyrics, “I hate Gypsies and gays. But I love it when their music plays. Don’t get depressed if you’re not white. Play this and it’ll be all right,” followed by the chorus, “I’m a Slovak. An Ordinary Slovak. Myself, I like.” packing a punch, he won the Radio_Head award for the Song of the Year.

Rádio_FM alongside Rádio Devín, both public service radio stations with focus on alternative music, awarded the Radio_Head Awards to the best Slovak musicians for the eleventh time on Friday, March 15. In addition, following the events of 2018, some of the musicians on stage called on people to vote in the presidential election and change Slovakia.

Music fans voted in four main categories, namely best song, best album, Best New Artist as well as best debut album for 2018. Apart from the other seven categories, focusing on albums of different genres, 27 music journalists also decided on their best album of the past year.

Song of the Year: Mockery of Slovaks