Kiska announced foundation of his own party

The incumbent president will reveal the details after leaving the Presidential Palace. 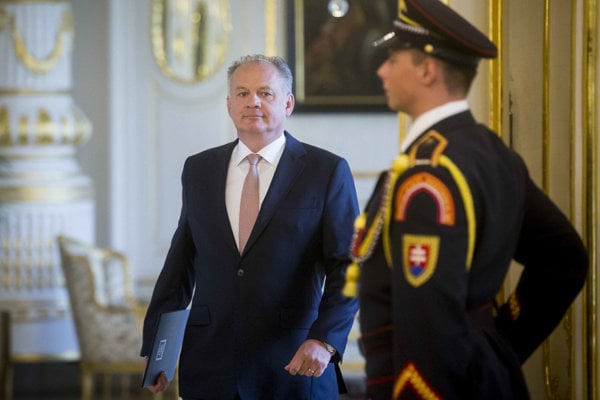 Although President Andrej Kiska promised to give details about his future in politics after the autumn 2018 municipal elections, he has only just done so now, on April 3.

In a video published on his Facebook account, Kiska has confirmed his intention to establish a party.

As he wants to remain non-partisan and independent until the end of his tenure, he will provide more details after he leaves his post in mid-June.

“We won this election,” Kiska continued. “Now, we must win the parliamentary elections.”

He had originally wanted to depart from politics but changed his mind after the murder of Ján Kuciak and his fiancée Martina Kušnírová. 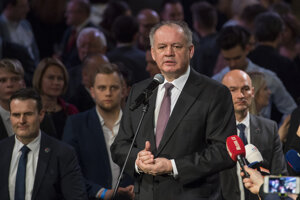 “I want to bring together decent people and people willing to help change our country for the better,” he added.

Nonetheless, it is not clear for now who will join his team. His advisors Roman Krpelan, Vladimíra Ledecká and Michal Luciak are among those who will most probably do so, the Sme daily reported.

Former PM Iveta Radičová is also rumoured to become a member, especially after she has admitted to talking to Kiska about politics several times. However, her decision not to return to politics has not changed.

“Mr Kiska fully respects my decision not to re-enter active politics,” she told the Denník N daily, adding she can offer her cooperation and advice in talks and discussions.

Kiska has addressed several politicians, inviting them to join his project, including Gábor Grendel, Jana Žitňanská and Veronika Remišová, Denník N wrote. None of them has confirmed that they will be joining yet.

Former justice minister Lucia Žitňanská was also reportedly mentioned in connection with the new party, but she has confirmed her intention not to run in the next general election or be involved in any political party, Denník N reported.

What do political parties say? 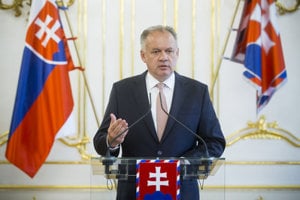 Kiska's party is already expected to win the support of voters who usually opt for parties such as Most-Híd, Freedom and Solidarity (SaS), the Ordinary People and Independent Personalities (OĽaNO). They could also take some votes from the supporters of Progressive Slovakia and Spolu (Together), political analyst Grigorij Mesežnikov, president of the Institute for Public Affairs, told Sme.

Moreover, Kiska is still the most trustworthy politician, according to the latest AKO poll. Opposition parties are not scared but they do not want to see the opposition become even more fragmented.

PM Peter Pellegrini (Smer) responded by saying that Kiska does not know what it takes to be a politician other than president, as quoted by the SITA newswire.

Meanwhile, Smer chair Robert Fico also posted a video on Facebook, in which he ironically shows his excitement about Kiska's new party, calling him one of the laziest politicians he has ever met. He also wished Kiska “good luck”.

“From the centre to the right, a new cock comes in, and more of them will have to share the dump,” Fico said in the video.

Kiska is joining politics just to sweep all his tax and land frauds under the rug, Fico claimed.