The biggest labyrinth in central Europe will be in Stará Ľubovňa

The attraction should be accessible to the public in two years. 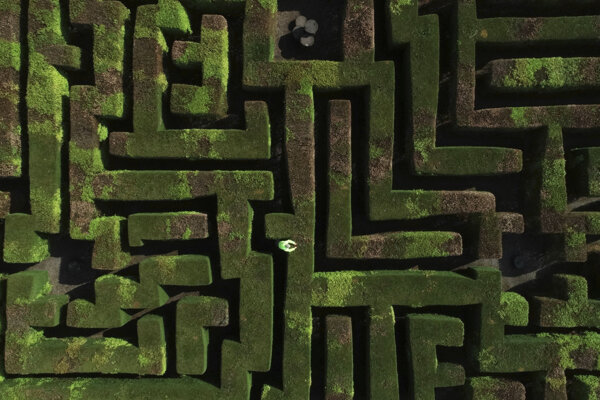 The construction of the biggest labyrinth of its kind in central Europe started in Stará Ľubovňa.

“Even though it already has the shape of a labyrinth, the trees are too small, about 30 centimetres high,” said Jozef Romaňák of the JVR Enterprise company that realised the project, as quoted by the SITA newswire. “In two years, they should be about two metres high.”

The labyrinth, which will be opened to the public, will spread over an area of more than 6,400 square metres and will be divided into nine parts. There will also be city gardens nearby.

This labyrinth was inspired by the ice labyrinth in Zakopane, Poland.

“I liked that idea very much, so I said, why shouldn’t we have something similar in Stará Ľubovňa but during the whole year?” he explained, as quoted by SITA.

Included in his project is the story of Devil’s Rock, which is linked to the town and its history. He would like to lure more tourists to the town.

A place to picnic and relax

JVR Enterprise will take care of the labyrinth and gardens. While the entrance to the garden will be free, the labyrinth will charge admission. The collected money should pay for the operation of the garden as well.

The labyrinth will also include a lookout tower measuring a minimum of five metres in height, engraved statues and a stage for cultural events.

Visitors will be able to have a picnic, play volleyball and relax in the labyrinth's vast meadow of 1,200 square metres.