Mayors and inhabitants call for chemical sprays, but representatives of self-governing region oppose. 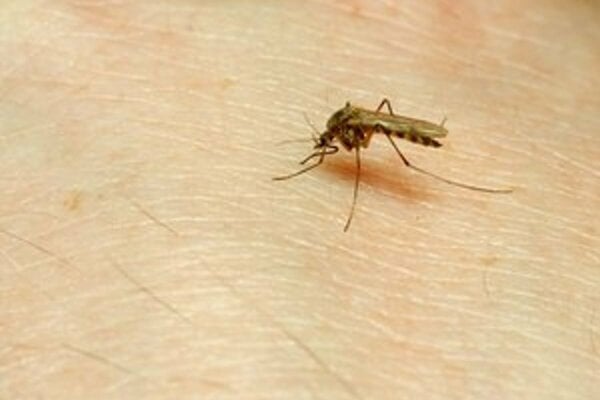 Bratislava districts and towns in the Bratislava Region are fighting the mosquitoes. (Source: Sme)
Font size:A-|A+125

While the dry weather led to relatively low number of mosquitoes last year in the Bratislava Region, the situation has now changed. People living in towns near the Morava River and in several districts of the capital are being plagued by mosquitoes, the TASR newswire reported.

“It is becoming unbearable to live here,” complained the Mayor of Záhorská Ves, Boris Šimkovič, as quoted by TASR.

The mayors of affected municipalities as well as many locals have described the situation as a calamity and are demanding the authorities take action.

The Bratislava Region monitored possible mosquito hatcheries throughout last year. It originally planned to apply the biological bacterium BTi this year, which has a minimal effect on the environment and prevents mosquitoes from hatching and infesting the region.

“They left us to deal with the problem alone, though,” Šimkovič said, as quoted by TASR. The Bratislava Region failed to apply the BTi in time, he added.

Dušan Dvoran, mayor of Vysoká pri Morave and Bratislava Region councillor, opined that BTi would not help resolve the invasion of mosquitoes after the recent flooding near the Morava River. It is, in fact, a waste of money, he said.

Not only small towns in Bratislava Region but the boroughs of the capital are struggling with mosquitos.

An increased number of mosquitoes has been recorded in Devín, Mayor Ľubica Koková admitted. The weather was wet and then hot, ideal conditions for the birth of mosquito larvae, she added.

While she does not see the situation as a calamity, the borough of Dúbravka has officially claimed a threat of calamity due to mosquitoes.

The affected municipalities and city districts are calling for chemical sprays to eliminate the mosquitos. However, the representatives of the Bratislava Self-Governing Region rejected the request, TASR wrote.

Several towns along the Morava River have also turned to the regional Public Health Authority to carry out a monitoring of mosquitoes for health purposes. The monitoring will be carried out in the following days.

“The transmission of serious infectious diseases by mosquitoes in Slovakia has not been confirmed until now,” said Katarína Nosálová, spokesperson for the Bratislava's regional Public Health Authority office, as quoted by TASR.

If the authority finds that the epidemiological situation has worsened, they could recommend the Bratislava Region apply chemical sprays.