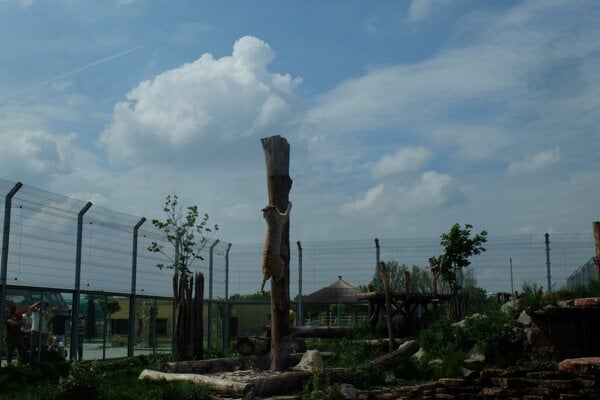 A piece of raw meat hangs from a wooden pole in the middle of a pen. Suddenly, a tiger jumps, snatches “the catch” and then drags it away to find a quiet spot to eat.

Dozens of people watch on as the tiger disappears with its food. Standing behind a glass wall at the Malkia Park – Big Cat Rescue animal sanctuary in western Slovakia, they listen as a member of staff tells them interesting facts about the animals at the sanctuary, including their age, where they originally came from or how much they eat a day.

“Many people mistake us for a zoo, but we’re not a zoo,” said Klaudia Kollár, founder of the Malkia Park – Big Cat Rescue sanctuary near Orechová Potôň, about 40 kilometres from Bratislava.

Malkia Park is one of only a few organisations in Slovakia which rescues wild animals from circuses or private zoos.

After a long and hard-fought campaign by the Sloboda Zvierat (Animal Freedom) association, a law came into effect last September in Slovakia prohibiting the use of wild animals in circus performances.

However, while supporters have cheered the law, there is no legislation governing the responsibilities of circuses and private owners of these animals when they retire from shows.

This is where places like Malkia Park come in. 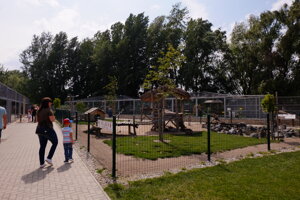 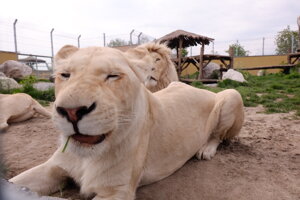 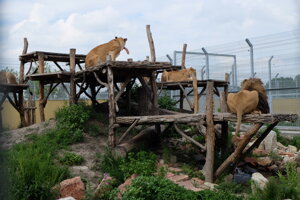 Living in a natural environment

The sanctuary is named after Malkia – which translates from Swahili as ‘Queen’ – the first lioness Kollár rescued.