The day before, she also criticised China for violating human rights. 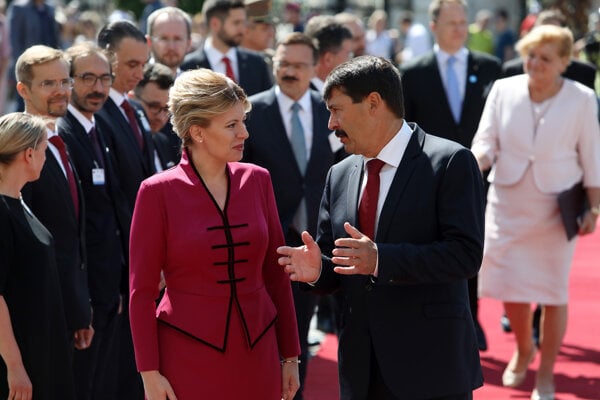 President Zuzana Čaputová has had a busy schedule with foreign partners in recent days. She visited Hungary on July 11, meeting her Hungarian counterpart János Áder.

Čaputová was welcomed in Hungary by a military parade. Both presidents agreed on the importance of solving the climate crisis. She also said that citizens of both countries are connected by high support of EU membership.

“I’m convinced that liberal democracy, which guarantees equal rights to all people, is the best way to protect all minorities that live in our country,” Čaputová said, as quoted by the Denník N daily.

Her speech during the press conference was full of courtesies and innuendos to the way PM Viktor Orbán rules in the country and his relation to both democracy and the EU. Though she did not directly criticise Orbán, her statements are clear in diplomatic language and were obviously directed towards Hungarian people, Denník N wrote.