The investment should reach €100 million. 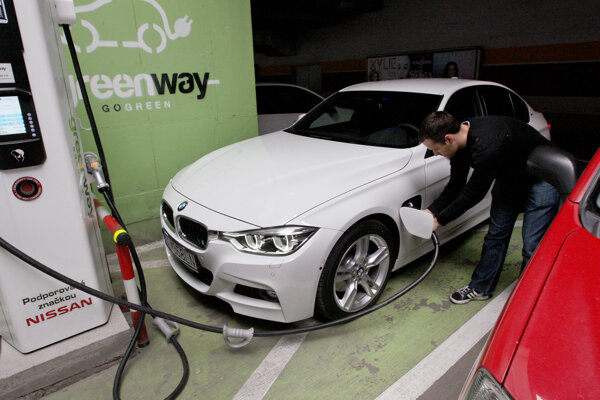 A new plant producing batteries for e-cars should emerge in Slovakia in the second quarter of 2020.

The Slovak company InoBat signed a contract with American company Wildcat Discovery Technologies (WDT) concerning cooperation on development and production of accumulators for the automotive industry.

The investment should reach €100 million, including investment into development and costs of the construction of production line, the SITA newswire reported.

The production of accumulators will be launched at the end of 2021.

“New strategic cooperation with Wildcat Discovery Technologies, whose clients include Apple, Samsung and BMW, for example, will allow us to build a vertically integrated supply chain, starting with research and development and ending with production,” SITA quoted Marián Boček of InoBat as saying.

This patented technology would serve for all producers of cars in central and eastern Europe. Boček believes that it has the potential to launch a revolution of accumulators for cars in the whole of Europe.

The line will produce the average 1,500 batteries per year at the start, but the plan is to increase production capacity to 150,000.

“We are happy that research technology by Wildcat company has found its place in central and eastern Europe thank to this cooperation,” said Mark Gresser, president of WDT, as quoted by SITA.

Thanks to the ability to develop fast, to test and evaluate the quality of new materials and technologies, in cooperation with InoBat and the whole region they will be able to keep up with the leadership of new battery development, he added.

The common aim comes as a reaction to the call of European Commission, which stated as the reaching of technological independence and improving the situation in terms of lagging behind car battery production in Europe.

“It is assumed that the EU will become the second biggest united market with accumulators for electric vehicles and the utility storage of energies,” said Maroš Šefčovič, vice-chairman of European Commission, as quoted by SITA.