The journey from China took a fortnight. 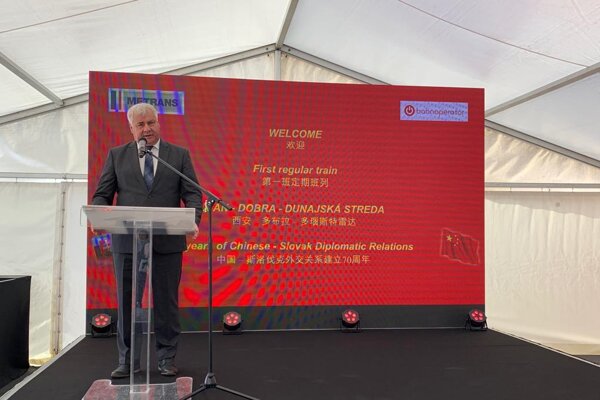 The very first cargo train from China has completed its journey to Slovakia.

The train from the city of Xian arrived at the terminal of the Metrans /Danubia/ company in Dunajská Streda (Trnava Region) on October 3, loaded with 44 containers of electronics, car appliances and ordinary consumer goods. The journey took 14 days, the SITA newswire reported.

If the train’s operation proves successful, this could become a weekly occurrence.

Not only the private company, but also the state-run railway can benefit from the business opportunities, the Transport Ministry informed.

“The advantage is that one such train can operate in several countries in our region and, at the same time, unburden the roads from trucks,” Transport Minister Árpád Érsek (Most-Híd) said, as quoted by SITA.