Jankovská to face discipline proposed by the minister

Judge Maruniaková under check over her ruling in Kočner's favour. 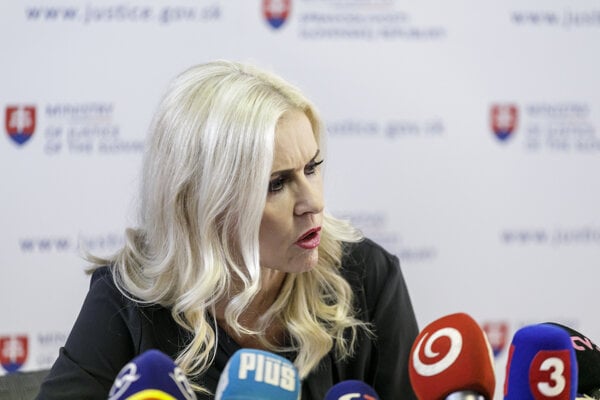 Justice Minister Gábor Gál will submit a disciplinary motion against his former deputy, Monika Jankovská. She faces suspicions of having exchanged thousands of encrypted messages with Marian Kočner, discussing, among other things, their involvement in corrupting judges.

The minister also wants to check on the file of the promissory notes case in which Bratislava V District Court judge Zuzana Maruniaková decided in favour of Marian Kočner.

Moreover, the ministry is looking at the selection procedure that brought Maruniaková to the post of judge. Beforehand, Maruniaková was a staffer at the ministry, working under Jankovská. She was mentioned in the alleged Threema texts between Jankovská and Kočner.

Justice Minister Gál said that the disciplinary proposal he is preparing will include Maruniaková. He added that he is not acting only based on the media reports but also based on information the ministry has verified.

Read also:Jankovská had judges on call for Kočner Read more

In the case of Jankovská, he will act based on the deceptive information presented by the former state secretary.

Judicial Council will check, too

The police seized the mobile phones of several judges, prosecutor and ex-state secretary Monika Jankovská back in August.

The Judicial Council, which is the highest self-administration body of the judiciary, formed its own commission to check on the case.

Read more articles by the topic
This article is also related to other trending topics
Gábor Gál, Monika Jankovská, Threema