UPDATED: Death toll of the Prešov tragedy has increased to eight 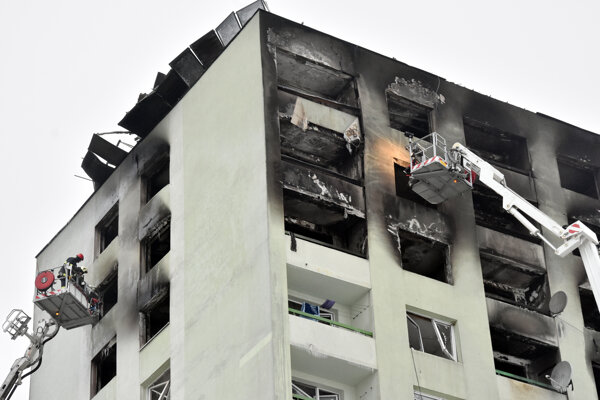 The death toll of the December 6 gas explosion in a block of flats in Prešov has increased to eight. Seven people have already been found, while the search for the eighth still continues.

The police informed at a briefing in Prešov that the regional investigator has launched a criminal proceeding for the crime of general endangerment. Six people have allegedly been detained in this respect, Korzár reported.

“People responsible for the field works that are linked to the tragedy and are a subject of further investigation and examination have been arrested,” said Jana Ligdayová, spokesperson of Prešov’s regional police department, as quoted by Korzár.