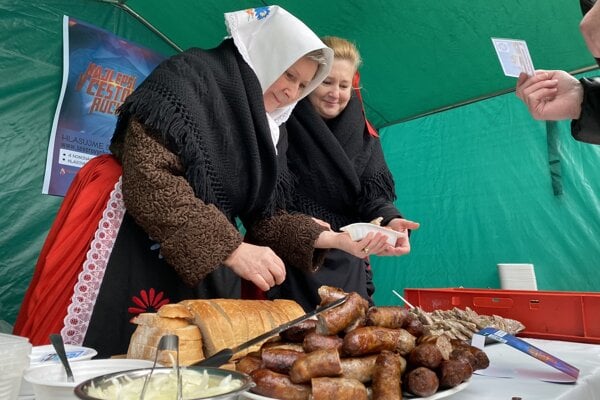 People in this region often follow the Julian calendar, so New Year’s Eve is celebrated on January 13 and New Year's Day on January 14. This year, they recalled the traditions of their ancestors and allowed visitors a taste of traditional pig-slaughtering food.

“Orthodox believers celebrate Christmas according to the Julian calendar, so two weeks later,” said director of Slovak National Museum – Museum of Ukrainian Culture in Svidník, Jaroslav Džoganík, as quoted by the TASR newswire. The event was a replica of what it used to look like at a traditional village pig-slaughtering.