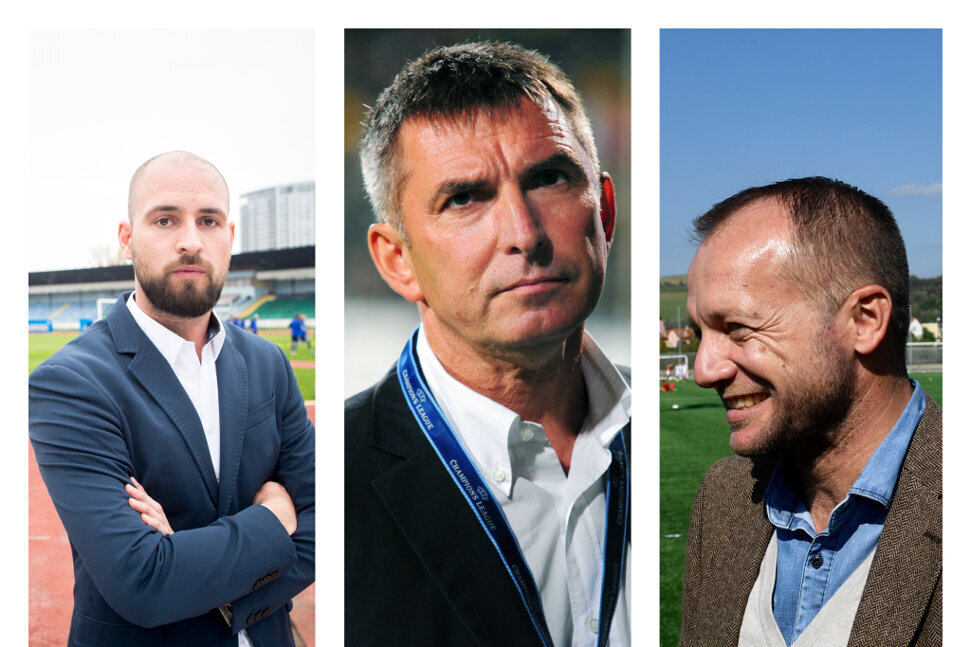 From left to the right: Ivan Kmotrík Jr. of Slovan Bratislava, Jozef Antošík of MŠK Žilina, and Róbert Rybníček of AS Trenčín. (Source: Sme/TASR)
Font size:A-|A+19