They currently have a depth of 40 metres, but this is not the final measurement as speleologists will keep on researching the formation. 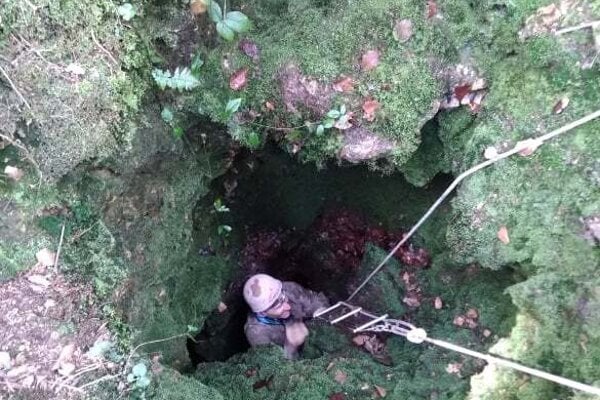 Learn more about interesting places in Slovakia with our Slovakia travel guide.

In the Kremnické mountains speleologists discovered a cave that may belong among the deepest caves of non-karst origin in Slovakia. The cave was named “Diera nad Pastorkom”. Speleologists have measured a depth of 39.3 metres, but this will not be the final figure.

“The lowest measured place is not final,” said Peter Holúbek, speleologist of Slovak Museum of Nature Protection and Speleology in Liptovský Mikuláš, as quoted by the SITA newswire. “It would be possible to work there and continue but the place is very narrow. The fact that the cave continues is proved by the draught.”

It was Holúbek himself who personally explored the cave in March. For the first time, he was able to reach a 30-metre depth. The second time, he succeeded in entering 40 metres below ground. 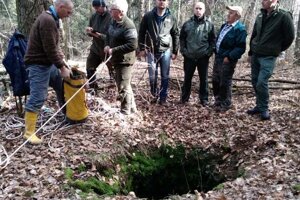 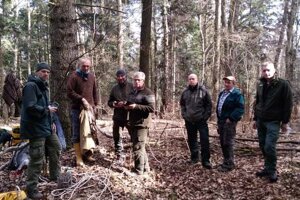 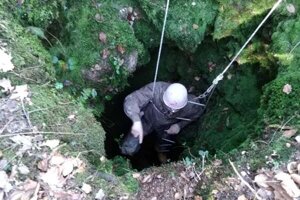 Director of the Administration of the Protected Area (CHKO) Štiavnické mountains, Peter Farbiak, said for SITA that locals knew about the cave but it has never been explored before and so it was not officially registered anywhere. The first exploration in the cave from March 2020 means that it will be officially registered as a natural monument. During the exploration, speleologists noticed the presence of the lesser horseshoe bat.

The rock of which the cave consists, formed in the era of the Middle Miocene – Sarmat, so about 11 million years ago.

“The Diera nad Pastorkom cave presents a frequent phenomenon in volcanic, sandstone rocks and partly also in carbonates, where gravity impacts the solid rock alongside other factors, causing a rift that spreads at such rate that it is accessible for a person,” Holúbek explains, as quoted by SITA.

He added that there are similar localities in Kremnické mountains in the surroundings of Skalka, in Štiavnické mountain and in the quarry in Lehôtka pod Brehmi.

The Diera nad Pastorkom cave is in the cadastre of Kopernica village, at an altitude of 642 metres. On the surface, there are two entrance openings underground that are not interconnected. The northern locality is about 137 metres long. Researchers plan to keep exploring the area and reveal the link between underground phenomena.