As the world takes disputed statues down, locals in Rajec and Čakajovce are not bothered by 'rare' fascist statues. 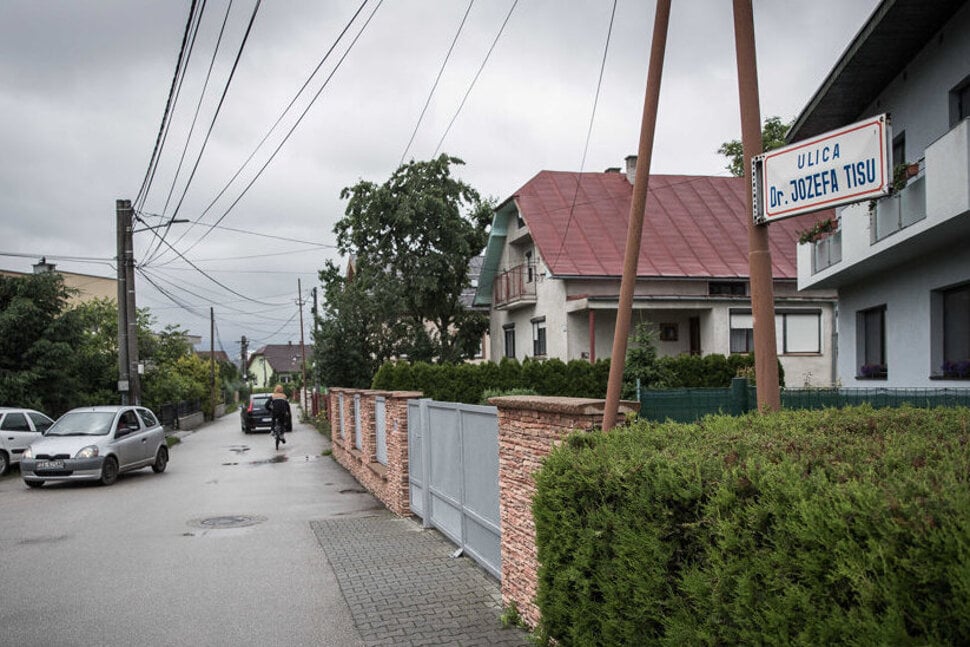 A street in the village of Varín in the north of central Slovakia bears the name of Jozef Tiso, the controversial President of the Slovak State during the Second World War (Source: Sme/Jozef Jakubčo)
Font size:A-|A+30

There are many statues in Slovakia over which we could debate whether their human models deserve a monument in a public space and then, there are those that should not even be the subject of a discussion and yet they stand.

The statue of the President of the clerical-nationalist Slovak State and Hitler’s collaborator, Jozef Tiso, has not been torn down in Čakajovce near Nitra. In Varín near Žilina, they even named a street after this Roman Catholic priest.

Tiso's minister, Ferdinand Ďurčanský, has a bust in the town of Rajec, located in the Žilina Region, as well.

Tiso seen as a priest

The village of Čakajovce is infamous for its life-size statue of Jozef Tiso, the only one of its kind in Slovakia. It is part of a pantheon of Slovak functionaries of which the village boasts, situated near the town hall. It also includes a memorial to soldiers who fell in both world wars.