Read also the stories on the 1968 invasion from our archives. 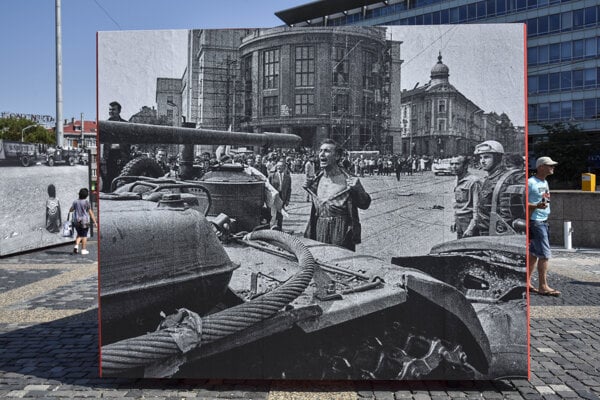 IN PICTURE: The 'August 1968 Invasion' exhibition by Josef Koudelka and Ladislav Bielik in Bratislava in 2018. (Source: TASR)
Font size:A-|A+3

The 1968 invasion of Czechoslovakia

The invasion of Czechoslovakia by the Warsaw Pact armies (not including Romanian troops) during the night of August 21 forced thousands of people to leave their homes and flee abroad. Shortly after the arrival of the troops, the borders were practically open and people could freely leave the country.

But why did the invasion take place? During the Prague Spring, people wanted to reform communism as a system, but hardcore communists did not favour liberal reforms and “invited friends” to throttle the changes instead. Read what events led to the invasion, what came after, and how the “normalisation” process harmed people.

Scroll down to read stories of some of the individuals who decided to leave Czechoslovakia after the invasion.

Become a hamster for a few moments

At the ruins of Vinné Castle, tourists can find a functional replica of the medieval wooden pedal crane and go “forest bathing” in the village of Vinné as well.

History and a stunning view of the Liptov sea from Havránok

The open-air archaeological site on a hill in the Liptov region provides tourists with views of one of the biggest Slovak dams: Mara. Nearby, castle goers may pay a visit to Likava, which protected the main trade route to Krakow. 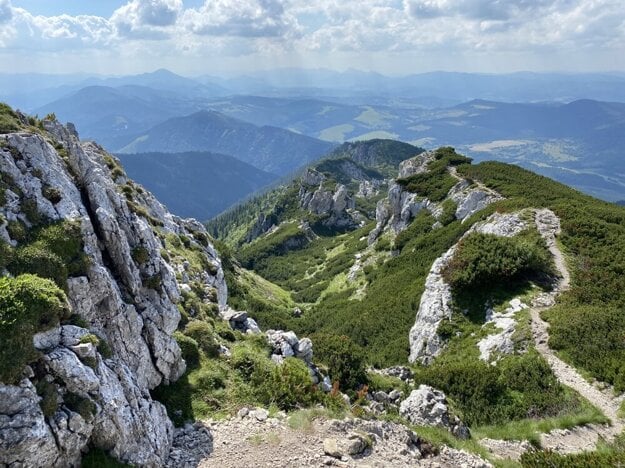 The mountain peak in the Western Tatras remains unknown to many, even though those who have already hiked here often confirmed that it is their favourite hiking spot with beautiful views. There are several routes that lead to the peak.

The karst area with Croatian vibes

Slovak Karst, a national park in central Slovakia, may be better-known, but it is the karst area spreading out around the village of Plavecký Mikuláš in the west that gives people Croatian vibes. Here’s why.

Slovak singer Miroslav Žbirka – a big fan of The Beatles – has recorded a new song for the Perinbaba film. The video for the track, which has been named Slovenská, features scenes from the remake of this iconic 1985 Slovak film, which is based on the Old Mother Frost story written by the Brothers Grimm.

The metamorphosis of Bratislava’s Winter Port

“Without a port, Bratislava would never be the city we know today,” Ernest Huska said. “The port has fundamentally shaped it.” Developers reportedly want to bulldoze the Winter Port, others want to see it transformed into similar ports as in Strasbourg and Gdansk. 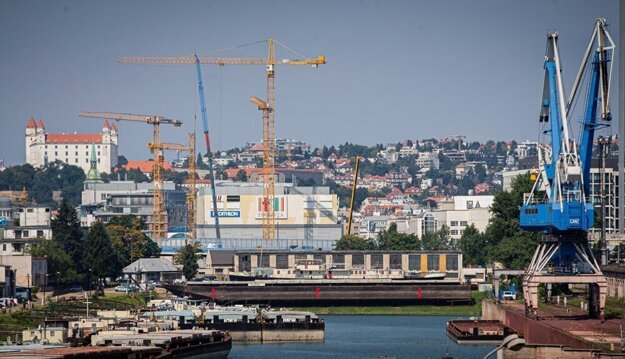 Many were forced to leave Czechoslovakia because they did not want to live under occupation. Pantomime artist Milan Sládek had never dreamed of moving abroad. “In terms of my artistic career, nothing better could have happened to me,” he claimed in 2018. Despite hard beginnings abroad, many Slovaks have become successful outside their home country.

The decades-old dream of a new hub in Petržalka reconsidered

The Lido – an area between the Old Bridge and the Apollo Bridge – used to be a popular river beach with pools under communism. Developers want to turn the forgotten green space into a hub as part of the Petržalka district. 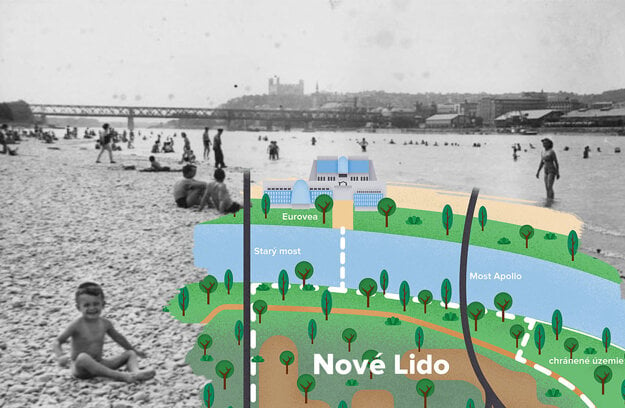 The Lido in Bratislava back in time. (Source: TSS/bratislavskerozky.sk)

History of winemaking in Slovakia

The past century all but ruined 2,700 years of winemaking tradition. Austria-Hungary fell, two world wars happened, and communists ruled the lands - including vineyards - for 40 years.

The next Spectacular Slovakia Weekly: August 28.