Opposition politicians and extremist groups used the occasion to protest against the anti-pandemic measures and the Matovič government. 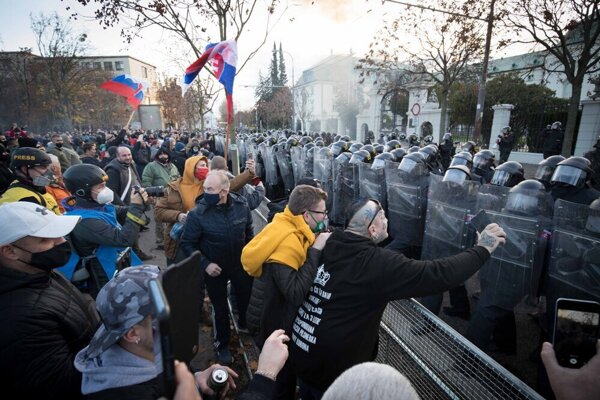 Several thousands of people took to the streets in Bratislava as the country marked an important milestone of its recent history: the Velvet Revolution of 1989.

November 17 is a national holiday in Slovakia, the Day of the Fight for Freedom and Democracy. On this day, the country commemorates the student demonstration against Nazi occupation in 1939 and the demonstrations in 1989 in Bratislava and Prague that marked the beginning of the Velvet Revolution, which toppled the communist regime.

President Zuzana Čaputová addressed the people of Slovakia on the eve of the national holiday. In her short speech, she said the pandemic is the greatest test since the Velvet Revolution and called on the people to stick together.

On Tuesday, she laid wreaths at the memorial near the Gate of Freedom in Devín to pay tribute to the victims of the communist regime. 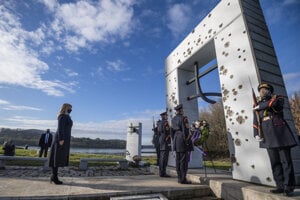 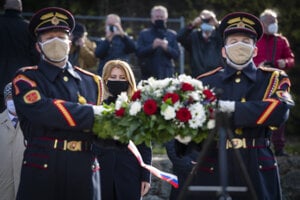 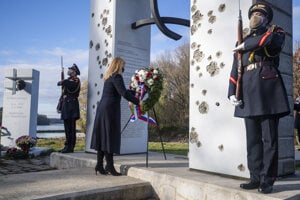 "Right on this place, one can very intensively feel that the totalitarian regime which fell in '89 was violent towards its citizens, and it was even literally killing them," Čaputová said, as quoted by the TASR newswire. 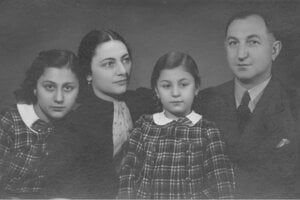 This is why the public refused any violence in 1989.

She also asked people to show their disagreement peacefully as a change in public affairs can be achieved in a non-violent and cultivated way.

Even though the national emergency, during which there is a ban on mass gatherings, is in place in Slovakia due to the coronavirus pandemic, several gatherings took place in the capital in the afternoon of the national holiday.

The chair of Smer and former three-time prime minister, Robert Fico, spoke to a crowd of hundreds in front of the house of parliament on Castle Hill in Bratislava, after he laid a wreath at the statue of Alexander Dubček, the protagonist of the 1968 Prague Spring, whom Fico said he considered the symbol of 1989. 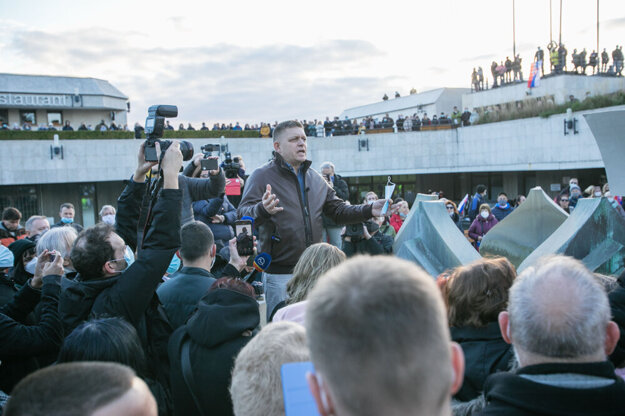 MP Robert Fico addresses the crowd at the gathering his Smer organised on November 17, 2020. (Source: TASR)

"My governments have never trespassed against democracy and the rule of law," Fico told the crowd. He apologised for the mistakes he "might have made" as prime minister.

Fico stepped down as prime minister under the pressure of the For a Decent Slovakia protests that followed the murder of a journalist and his fiancée in 2018. Several high-ranking police officials who were nominated and served under his government, as well as the special prosecutor, a former deputy minister and a number of judges, now face serious corruption charges, some including organised crime charges.

Fico advised the people who joined him on November 17 to vote in the referendum for snap elections, which the Hlas party of Peter Pellegrini and other Smer renegades is organising. He also told the people at the gathering to join the protest in front of the Presidential Palace on the same day, but to "stay calm".

Pellegrini did not take a definite stance on the protest. In a video message he published ahead of the national holiday on Facebook, he said that "we will neither prevent anyone nor call on people to go and take a walk".

Ultras and police in riot gear 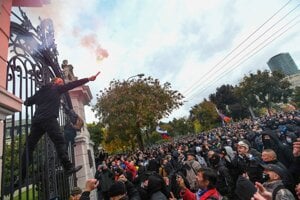 Another protest, in front of the Government's Office, was joined mainly by the ultras of Slovan Bratislava and far-right groups around the parliamentary fascist party ĽSNS. They chanted "Slovakia to Slovaks" and also "Matovič to jail".

They were held behind barriers and were faced with dozens of police in full riot gear, with dogs and horses. Some threw flares at the police, who responded by using tear gas on a few occasions.

The protesters then moved on to the Presidential Palace at the nearby Hodžovo Square, where the various protesting groups gathered, the crowd numbering several thousand, as reported by Sme.

The crowd was then addressed by people from opposite sides of the political spectrum: former prime minister Ján Čarnogurský, who has been known in the recent years particularly for his pro-Russian stances, the Communist Party (KSS) Chairman Jozef Hrdlička, and ĽSNS leader Marian Kotleba.

The police have detained ĽSNS MP Andrej Medvecký, Denník N reported. He was filmed as being taken away, with a wound on his head. It is unclear what happened prior to his detention. Denník N pointed out the criminal past of Medvecký - he was sentenced twice for beating up a man from the Dominican Republic and for drinking under the influence.

After the speeches in front of the Presidential Palace, the crowd proceeded on to the parliament building, where police in riot gear were also stationed.

Matovič: We need to protect November

Matovič reacted with a Facebook post, in which he stressed that the events of today prove it is important to protect the values of November and constantly explain them to children. He thanked Ján Budaj, his cabinet's environment minister, who was one of the faces of the Velvet Revolution in Slovakia, as well as Milan Kňažko. 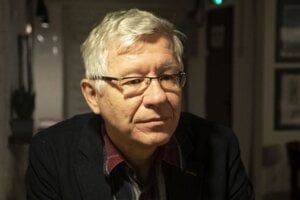 Related article In the north-eastern settlements of Slovakia, people did not know who Havel was Read more

As for the people who populated the squares today, Matovič wrote that "they could not care less about the legacy of November".

"...quite the contrary, in a brusque contrast to its legacy, they would destroy its values," he wrote.

Without specifying names, but with clear allusions to the leaders of opposition parties who organised gatherings in Bratislava today, Matovič wrote that "one wittingly gave over the lead of elite units of the police into the hands of the Nitra-based mafia using the worst-ever Sicilian practices. Another one has for years glorified the regime that considered disabled people or people of not-the-right-race to be trash, but he wears a cross on his chest".

Meanwhile, floral creations of the number 89 appeared in several places across Slovakia as an initiative of the non-governmental organisation Nie v Našom Meste (Not in Our City).

"We understand people are depressed by the current situation, but the hate spread across society is not a solution," the Nie v Našom Meste (Not in Our City) initiative wrote on Facebook.

Thousands of flowers have been placed on the squares in Bratislava, Banská Bystrica, Košice, and several other sites across the country. They are a nod to 1989, when "decency won over the deceiving power of oppression", the For a Decent Slovakia organisation wrote on Facebook.

"Flowers were used as a response of front-line protesting students to police batons," the organisation added. "Flowers should also remind us of the fragility of freedom and democracy that needs to be protected every day."

They placed a banner that read "Hate is no Solution" on Hodžovo Square in Bratislava and in the centre of Banská Bystrica.

Some recommended "Velvet" reading for tonight:

Memories of an organiser of the 1989 events in Bardejov:

Memories of an organiser of the 1989 events in Bardejov: In the north-eastern settlements of Slovakia, people did not know who Havel was Read more 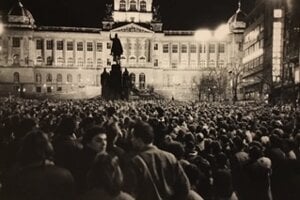 A Canadian diplomat recalls November 1989 in Prague: Prague was supposed to be a quiet posting when I arrived in 1987 Read more The legacy of November: 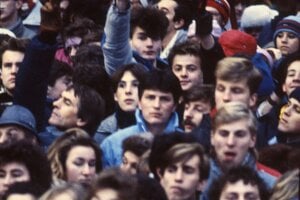 The legacy of November: 1989 taught us that we the people are powerful Read more