However, the story of Rudolf Těsnohlídek, the man behind the idea, is full of tragedy. 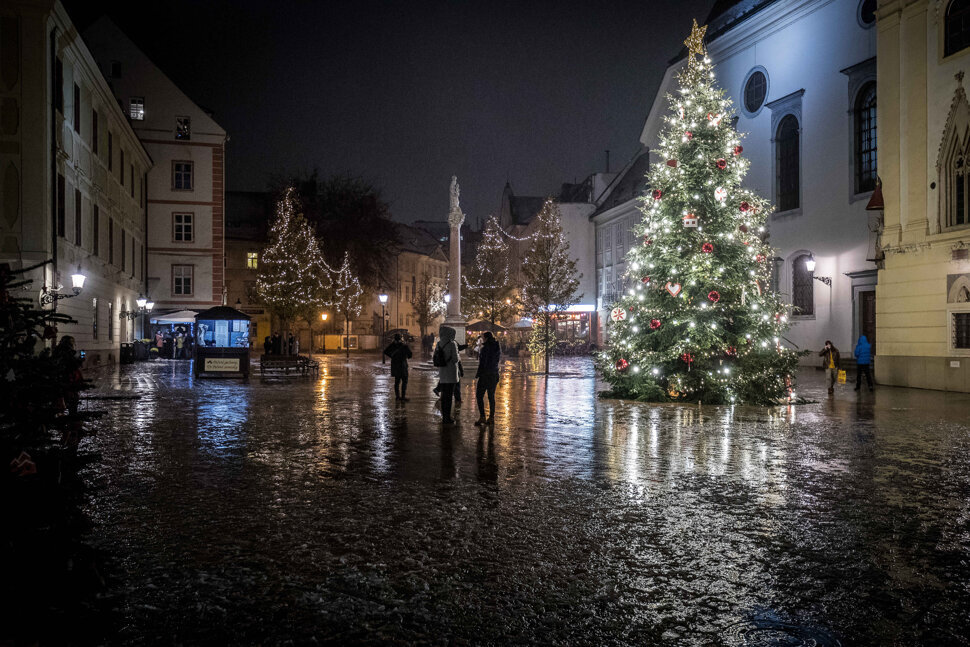 Christmas trees began appearing in the squares during the First Czechoslovak Republic and there is a touching Christmas story behind it. (Source: Sme)
Font size:A-|A+9

Following the First World War, on December 22, 1919, Rudolf Těsnohlídek and two friends went to the woods near the settlement of Bílovce nad Svitavou. They had wanted to take a fir tree to an acquaintance from the city of Brno (then Czechoslovakia) but they found something completely different.

“It was beautiful outside. Lovely winter weather. The forest was white and quiet,” one of Těsnohlídek’s friends later recalled.

They were walking in a line, not speaking to each other, when they all of a sudden they stopped.

“A deer! It could not be anything else. A little deer was crying somewhere,” the friend went on. “We turned off the road and waded through the snow, following its sound.”