They stood up against neighbours, the system and Matovič. Three women awarded the White Crow

National drug authority head recognised for her ucompromising attitude during the approval process of Sputnik in Slovakia. 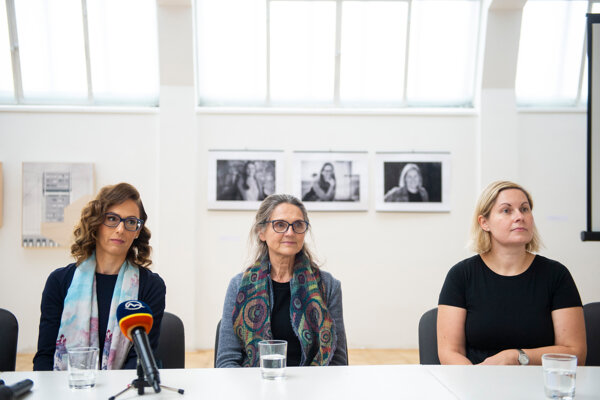 A local councillor fighting to change a street bearing the name of the president of the wartime Nazi-allied Slovak state, a psychologist who integrates disadvantaged people into society, and the head of the national drug authority who insisted on proper approval process for the Sputnik V vaccine in Slovakia: these are the winners of this year's White Crow award.

Laureates of the 14th year of the White Crow award for civic courage, handed out every year on November 17 with the exception of last year due to the pandemic, comprise the councillor from the central-Slovak municipality of Varín, Lenka Ticháková; psychologist Soňa Holúbková; and director of the State Institute for Drug Control (ŠÚKL) Zuzana Baťová.

Slovak President Zuzana Čaputová was also present at the ceremony. “White Crows impersonate values of humanity, courage and determination, all of which played a historic role and helped end more than four decades of the communist totalitarian regime,” the president said in her speech, as quoted by the SITA newswire.

Struggle over a street name