In the early stages of the war, Slovaks expressed unprecedented solidarity with Ukrainian refugees. 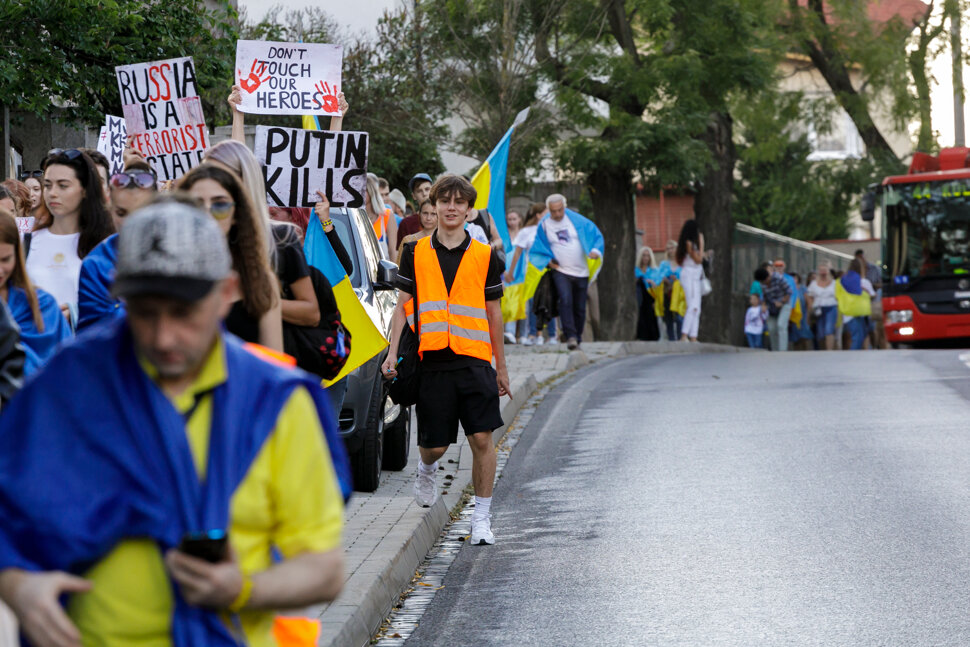 Olesia Paskarenko was pleasantly surprised by Slovakia’s response to the war in Ukraine.

The Ukrainian, who has lived in Slovakia for seven years and established herself as a successful Bratislava-based tattoo artist, had not expected the country to act so quickly and positively, or that people would so readily take in refugees and help them.

“I’m sure all Ukrainians would want to thank people for what they’ve given us,” she said in a recent discussion hosted by the Milan Šimečka Foundation at a Bratislava café.

Paskarenko herself continues to help fellow Ukrainians in the Slovak capital, including her own family, who fled the port city of Odessa in the first days of the war. Despite the wave of solidarity that she has witnessed since February 24, when Russia launched its invasion of Ukraine, Paskarenko was taken aback by the results of a recent Focus survey, commissioned by the foundation, which shows how negatively Slovaks perceive Ukrainian refugees several months into the armed conflict.

“I’m in shock,” she admitted in a quiet voice, “I thought Slovak people wanted us here and realised our potential.”