BRATISLAVA will become the centre of modern music for two days. Everything from intelligent pop to electronic experiments will sound up the right bank of the river Danube during the annual Wilsonic festival, which has moved its concerts with the atmosphere of clubs and dance parties to a new setting. 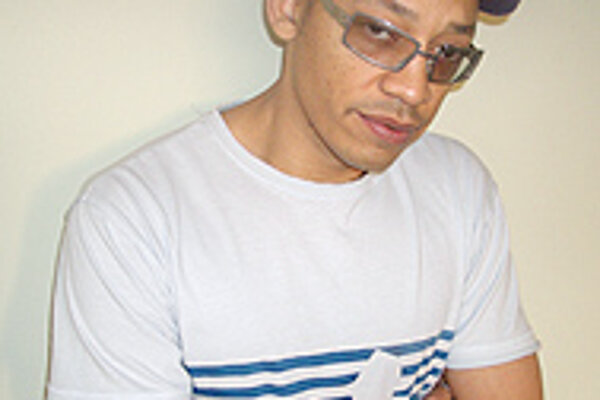 Font size:A-|A+  Comments disabled
BRATISLAVA will become the centre of modern music for two days. Everything from intelligent pop to electronic experiments will sound up the right bank of the river Danube during the annual Wilsonic festival, which has moved its concerts with the atmosphere of clubs and dance parties to a new setting.

Along with headliners - the "sampling magician" Matthew Herbert and the legendary duo LTJ Bukem and MC Conrad - expect around 100 performers to mix their "urban" sounds on four separate scenes.

All musicians are said to have exactly what a good DJ needs - good technique, feeling, open ears and the ability to motivate the public.

What will this year bring? The Slovak Spectator talked to the Wilsonic's founder and organiser Tibor Holoda, the DJ who introduced techno and house music to Slovakia and set up the legendary "bunker under the castle" U Club.

The Slovak Spectator (TSS): How do you remember the time of the festival's origin in 2000? What was the climate for advanced music in Slovakia back then?

Tibor Holoda (TH): The festival originated with great enthusiasm and corresponding naivety. We wanted to bring a new view on electronic music happening to Slovakia and introduce a variety of sound. In the end, we realised that we felt the need to change the status quo more than our surroundings.

Nevertheless, the first year of the festival was legendary and if I were to count all who pride themselves on attending it, the number would be twice as many as were actually there. But as Toni Wilson, founder of Manchester Factory Records and the legendary Hacienda club said at its opening: "The smaller the audience, the bigger the history!" [laughs]

TSS: What has changed since then? How did the names of the new music trends got established here, and is the Slovak scene open to dance music?

TH: Thank God for the Internet. It's been proven that file sharing does not necessarily kill music and can significantly help it. This helped in forming quite a large group of fans and basement for the scene, which creative potential should become more evident in the coming years.

Regarding the dance scene, its significant shift into mainstream also "discouraged the faithful", who began to search for alternatives in electronic music.

TSS: Do the local musicians succeed internationally? How experimental are they?

TH: I think they have slowly proceeded from the first "get-acquainted" phase to the phase where they are learning to control software and hardware, and not vice-versa, like previously, when the machines and computers controlled them and dictated the way.

A few talents have appeared but nobody has really made it to the international scene. To issue a CD or a vinyl record is not everything. That's why we are here with the festival. We want it to become a place of meetings, networking, and the annual presentation of the larger local scene of Central and Eastern Europe.

TSS: What can we expect from this scene's representatives?

TH: A large space of this year's Wilsonic is reserved for the Slovak scene, which, lacking a better label, could be called nu-jazz. Several local projects combining jazz, soul or funk with electronics, such as Nikki Tresor, LP Sessions, Comp&neros and Colors of Soul, have appeared in this field.

Representatives of the "larger" local scene are coming as well. This year, apart from Slovakia, we have mainly focussed on Poland, with a lot of interesting goings- on. I would like to draw attention to the Smolik band, which will take the stage on Friday prior to the Wilsonic.LIVE headliner, Matthew Herbert. Also growing is the reputation of the young, talented producer of minimal Lukasz Szeliga alias SLG, as well as the Innocent Sorcerers duo of producers, who introduce themselves as DJs. By the way, they are marvelous in production as well as DJing, which is rarely the case.

Other "locals" include the Hungarian Tigrics, DJs Keyser and Shuriken, and Czech project kNot Photogenic with singer Sharlotta from Ohm Square.

TSS: Could you introduce this year's main headliners and their projects?

TH: To me, they all are headliners. I am enjoying the line-up we managed to put together.

LTJ Bukem is a legend and the so-called founder of the more melodic form of broken beats. I am especially happy to see Matthew Herbert, who we had tried to invite since the festival's first year. I heard his latest album, which is coming out right now, and I was thrilled. It reflects all that Herbert has gone through over the last years: sampling sorcery, big band's influence, house music's past and mainly songs - this time more than ever set on vocals. To all this add a highly entertaining live show, in which you can see the origin of electronic music right in front of your eyes. Herbert is a great showman.

TSS: Who will come with the freshest experiments? Who will surprise the most?

TH: Apart from the headliners, my bets are on the projects of Vex'd, Nôze and Tim Exile. All are among the best contemporary examples of live electronic music performance. No kidding! It's not only a fusion of acoustic instruments with electronics but a live playing on computers and machines using vocals as both rhythmic instruments and melody. All are moreover very entertaining and fully able to satisfy the party-animal ego we all have inside.

TSS: Wilsonic is not a classical summer festival but an audio-visual music event. How will the scene look at the new venue?

TH: We are very happy that we can organise Wilsonic at such a beautiful place and with such a great atmosphere as the Aréna theatre. There will be four scenes.

The first will be a covered open-air stage mainly hosting bands. Two other scenes will take the form of tents we known from the [country's largest music festival] Pohoda.

The only indoor stage will be the Wilsonic.ARENA, where bands will alternate with DJs. Compared to last year we are better prepared for bad weather.

Preliminarily though, we have ordered sunny weather.