THE NATIONAL Memory Institute (ÚPN), which administers former communist files as well as information relating to Slovakia's fascist past, has received notice from the Justice Ministry to vacate its current premises in Bratislava. 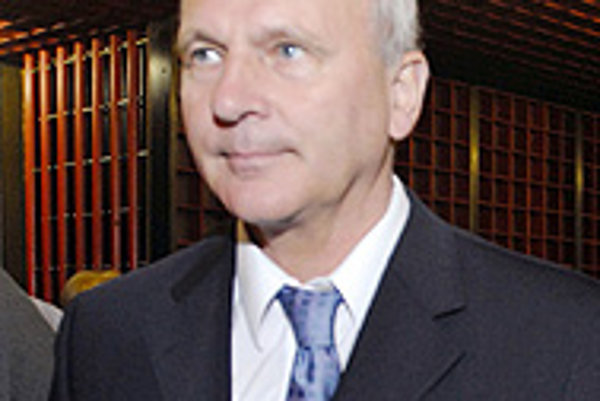 Font size:A-|A+
THE NATIONAL Memory Institute (ÚPN), which administers former communist files as well as information relating to Slovakia's fascist past, has received notice from the Justice Ministry to vacate its current premises in Bratislava.

In a letter sent to the ÚPN on January 3, the ministry announced that the institute has six months to move out, even though it has invested millions in renovating its current quarters, and has no money in its budget for renting other space this year.

The decision came as a surprise to ÚPN representatives and even some government officials, as the Justice Ministry made its move without any prior warning or consultation.

"I absolutely don't understand this. It's like communication between deaf and dumb people," Čaplovič told the Sme daily, referring to Justice Minister Štefan Harabin, who was nominated to his post by the ruling Movement for a Democratic Slovakia (HZDS).

Čaplovič wondered why Harabin had not told him anything about his plans at their recent meeting.

According to the ministry, the current ÚPN premises should be vacated to provide more room for the Bratislava I District Court, which is housed in the same building.

However, critics suspect that politics is behind the move, as the HZDS is against the existence of the ÚPN.

Following the receipt of the letter, the institute's spokesman, Michal Dzurianin, said it was high time parliament elected a new head of the ÚPN in order that the institute return to normal.

"The situation around the ÚPN is unclear, and we need those parties who are in charge of ensuring that the laws are carried out to take a clear decision [on the future of the ÚPN]," Dzurianin said.

The ÚPN has been without a director since founder Ján Langoš was killed in a car crash last year. The current legislature has failed on two occasions to elect a replacement, with the next ballot scheduled for January 30.

As The Slovak Spectator went to print, František Mikloško, a long-serving MP with the Christian Democrats (KDH) opposition party, said he would run for the post of ÚPN director. With the other opposition parties pledging their support, the ruling Slovak National Party, to which the post belongs under the spoils system devised by the government, also said it could support Mikloško, giving him a chance of securing the necessary majority support in the 150-seat legislature.

"Mikloško fulfills the criteria which the SNS set for choosing a new director of the ÚPN. He is Christian in orientation, and he was active in the fight against communism as a dissident. As long as he gives up his parliamentary mandate, the SNS will have no problem supporting him," said Rafael Rafaj, the head of the SNS parliamentary caucus.

The SNS believes that an MP mandate is incompatible with the director's function, but Mikloško has said he would like to remain a member of parliament in order better to be able to defend the ÚPN's interests.