THE SPECIAL Court for organized and political crime sentenced Pavol Bielik, the former mayor of Rača district in Bratislava, to five years in prison on corruption charges on January 30. 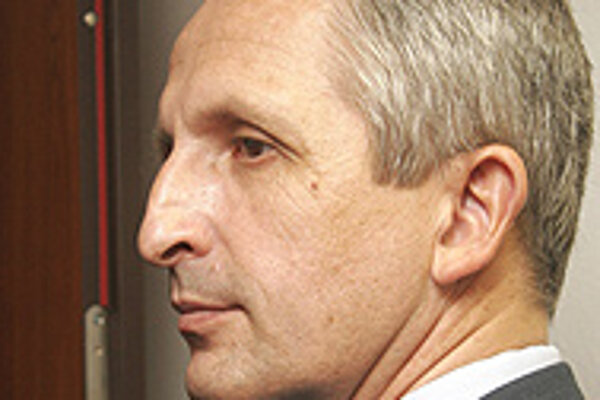 Font size:A-|A+0
THE SPECIAL Court for organized and political crime sentenced Pavol Bielik, the former mayor of Rača district in Bratislava, to five years in prison on corruption charges on January 30.

Bielik, a former senior official with the opposition Christian Democrats, was also banned from holding public office for seven years, and was fined Sk500,000.

Bielik's accomplice, businessman Jaroslav Šuščák, was sentenced to 4.5 years in jail. Both men appealed the verdicts to the Supreme Court.

In January 2004, Šuščák demanded Sk5 million (€143,000) from Pavol Kollár of the Invest In company in exchange for securing local council approval for Kollár's plans to reconstruct a building and erect two new buildings in Rača.

Kollár told the court that Šuščák repeatedly warned him that if he didn't give the money to the mayor, his investment plans in Rača would not be approved.

According to phone intercepts used as evidence in court, Kollár told Šuščák that "the mayor and I agreed on five percent [of the investment]. He wanted the money up front, but I tried to convince him to divide it into two parts - one for the planning permission, and the other for the construction permit.

"The mayor said that not a step could be taken without him."

To which Šuščák, the mayor's bagman, replied: "I'm just doing this as favour to the mayor, because he is doing other things for me. I have other companies that sort of do engineering activities, and bla-bla-bla."

In another call, Šuščák told Kollár that "the form of payment has to be changed. We will draft a contract as if my company will be building something for you."

To which Kollár replied that "I would prefer to have some kind of security that when we hand someone a bag with Sk5 million in it, we get something on paper in return."

According to the court, these intercepts and others proved that Bielik had demanded a Sk5 million bribe from Kollár, and that Šuščák had been the go-between in the transaction.

After Kollár bought an old building in Rača and wanted to reconstruct it, the court said, Šuščák contacted him and told him that nothing was possible without a bribe. He then arranged a meeting between Kollár and the Rača mayor, during which Bielik drew the number '5' on a piece of paper.

Kollár then turned to the police, and from that point on recorded all conversations concerning the case. In the end, however, the bribe money was not handed over because news of the sting was somehow leaked to Bielik.

Special Prosecutor Ján Hrivňák was satisfied with the sentences. Not only did the court agree with the jail time and public office ban Hrivňák proposed, but it even added a Sk500,000 fine, which if Bielik does not pay will cost him another year of jail time.

"It is a Slovak tragedy whenever law-abiding citizens have to negotiate with corrupt bureaucrats," Hrivňák said.

In justifying the sentences imposed, the court noted that the punishment for such crimes ranges from three to eight years. While Bielik had never been convicted of a crime before, the court said that the bribery affair occured at a time when the country as a whole was wrestling with corruption, and that it had wanted the sentence to serve as a warning to other corrupt public officials.

The Bielik case was an exceptionally hot potato for the police, the prosecutors and the court, not least because of Bielik's political ties.

At the time he was charged in April 2004, Bielik was the chairman of the Bratislava regional council of the Christian Democrats, who were then part of the government. The Christian Democrats also held the seat of interior minister, giving them authority over the police and investigators.

Bielik's colleague in the Bratislava council was Interior Minister Vladimír Palko. "This case has been a nightmare for me, given that it involved my colleague from the Christian Democrats," Palko said after the verdict was handed down. "However, it was also seen that the police under my leadership had no problem going after a member of my party. Until now that has not been possible in this country."

While Palko may have taken a hands-off approach, the Bratislava region council continued to support Bielik even after he was charged with corruption, and the party was unable to expel him until it changed its statutes to give the party leadership that power. Bielik was finally dropped from the Christian Democrats in November 2005.

In August 2005, eight phone intercepts regarding the Bielik trial mysteriously went missing from the Interior Ministry, leading to accusations that the Christian Democrats were trying to protect one of their own. However, the police under Organized Crime Unit boss Jaroslav Spišiak turned out to have copies of the recordings.

The case began to be heard at the Special Court in November 2005 as one of that court's first cases involving high-level political corruption.

The Special Court was set up in 2005 to handle such cases, with its justices being moved to Pezinok in western Slovakia and housed in a high-security complex where they enjoyed high salaries and luxurious conditions. The rationale was that politicians and the mafia were too often able to use contacts at local courts to pervert justice in the regular court system.

In March 2006, it emerged that an agent with the Slovak secret service, Dana Arpášová, had approached the Special Court to glean information about the Bielik trial, and had commented that "it's not going the way we planned". Her identity was revealed after Chief Justice Igor Králik summoned her to court to explain her behaviour, saying the court would not suffer such interference.

Despite these many obstacles, Bielik in January became the first politician sentenced to jail in Slovakia for merely demanding a bribe, and according to various commentators, proved the worth of the Special Court as a tool for combating corruption.