THE SLOVAK government is strongly considering building a new nuclear power plant in Jaslovské Bohunice.
Slovak Prime Minister Robert Fico met with representatives of the German company E.ON on March 21. He said after the meeting that E.ON is the most serious contender for working with the government to build the new power station. 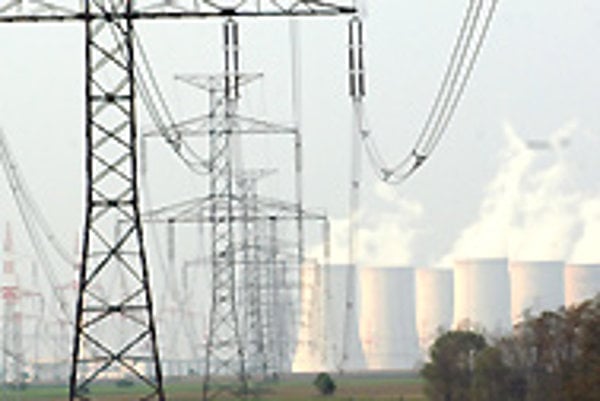 Slovak Prime Minister Robert Fico met with representatives of the German company E.ON on March 21. He said after the meeting that E.ON is the most serious contender for working with the government to build the new power station.

But Fico also said he has not ruled out other companies.

"The companies must be internationally respected and they need to have safe and modern technology for the new power plant," he said.

Fico and E.ON have already agreed to jointly study the technical aspects of the project itself.

"We will be studying what options are viable in Jaslovské Bohunice: what capacity the new power plant can have, in what way the state and our foreign partners can participate, and how this large project could be financed," Fico said.

Fico expects there will soon be an agreement between the Slovak cabinet and an investor on building the new, substantial source of power.

The chair of E.ON's board of directors, Johannes Teyssen, said the project will be under careful study. He added that E.ON is open to all possibilities, from renewable resources to a nuclear power plant.

Teyssen noted that E.ON is capable of operating a nuclear power plant, as the company is one of the world's top three nuclear energy producers.

"I can assure you that if we were not serious about this possibility, we would not be standing here," he said.

The Slovak government has been talking about constructing a new nuclear power station - whether or not the third and fourth units at the Mochovce plant are completed - since the end of last year. The director general of the energy department, Marián Naniaš, said at the time that seven companies were interested in building a new nuclear power plant in Slovakia. He also said Germany, France and Russia were among the countries that would be interested in building a plant.

After the second unit at Jaslovské Bohunice is shut down at the end of 2008, Slovakia will face a shortage of electricity from domestic sources and become dependent on more expensive imported energy. The economy ministry anticipates that Slovakia will have to import 15 to 20 percent of its domestic electricity supply in 2009 if new plants are not put into operation, ministry spokesperson Andrej Šulka told The Slovak Spectator.

Šulka said it is still too early to say what impact the shutdown of the first Jaslovské Bohunice unit will have, especially when the winter was so mild. In January, the country imported 5.5 percent more energy than it exported, but that began to even out in February and early March, he said.

"For an unequivocal answer, you have to assess a substantially longer period," Šulka said.

Applying for the S1 document for vaccination? Insurer will need proof of residence

EU citizens who live in Slovakia and want to be vaccinated against Covid-19 should request the S1 form in the country of their insurance.

Every school should be school of democracy. Slovakia lags behind