Museums and galleries open till midnight 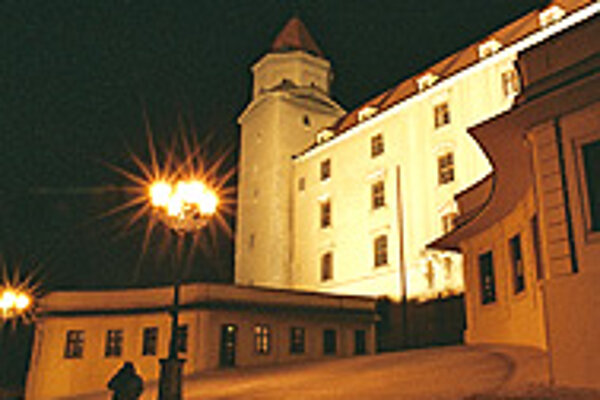 Font size:A-|A+
SLOVAK museums and galleries in Bratislava will stay open late into the night on the International Day of Museums on May 19. As the event becomes more and more popular in Slovakia, a larger number of museums and galleries are joining in and preparing programmes for all ages. Apart from traditional exhibitions, the museums and galleries will open their storerooms and other premises normally closed to the public. Other special programmes include workshops, concerts, and film screenings.

For a one-time entrance fee of Sk80, visitors will have access to 24 museums and galleries in Bratislava from 10:00 in the morning until midnight.

The Night of Museums and Galleries will be one of the last chances to visit Bratislava Castle, as it will close to the public in October for a thorough refurbishment. The reconstruction is expected to last at least four to five years.

Apart from permanent exhibitions, the castle will offer exhibitions of graphic works by Albrecht Dürer and his contemporaries, and works by Giotto.

At the castle, children will attend workshops to be held between 10:00 and 16:00, where they can try out various artistic techniques. Or, if they'd rather, they can participate in a treasure hunt. The Historical Museum has prepared this adventure game as part of the Treasures of Coins in Slovakia exhibition. The children will look for a treasure well hidden on the exhibition premises.

For adults, the Historical Museum will offer a guided tour of the exhibition about the castle's history between 10:00 and 17:00. A lecture on the castle's history will start at 15:00, to be linked with a discussion about the reconstruction and the castle's future. Between 17:00 and 23:00 visitors to the castle will be allowed to view premises used by the Slovak parliament for ceremonial purposes, which are usually closed to the public. During these tours, which are limited to 20 people/group, visitors will be able to see, for example, the Renaissance chapel, which survived the blaze which destroyed the castle in 1811.

Radomír Milič and Štefan Martinovič will perform a pantomime based on works by David Hockney currently exhibited in the SNG's in Esterházy Palace at Ľ. Štúr Square starting at 19:00. Tangere Dance Studio will perform Without Frame or Sextet, a ballet improvisation on motifs of figure drawings from the exhibition One Hundred 17th Century Italian Drawings in Esterházy Palace at 22:00.

As in previous years, experts from the Bratislava City Gallery will assess artworks free of charge on the International Day of Museums.

The Central European House of Photography (SEDF) will hold an auction of pictures of Bratislava by renowned Slovak photographers starting at 20:00. The works to be auctioned will be exhibited in the SEDF's gallery at Prepoštská 4 from May 13 daily between 13:00 and 18:00.

Apart from seeing historical cars and engines, visitors to the Museum of Transport at Šancová 1/a can take a ride on a historical steam engine.

Museums and galleries outside the capital will join in the event as well. The Šariš Gallery has prepared an event called The Night in the Gallery for children ages 6-12. The organizers want to introduce children to the premises and exhibitions of the gallery in an interesting way. Project manager Drahoslava Skopálová told the SITA news wire that the children will participate in a treasure hunt, paint stones, and build a ship from cardboard. The event will start at the gallery's courtyard at 19:00. The children should bring a sleeping bag, warm clothes, a flashlight, and a meal with them.

The Slovak Technical Museum in Košice is also participating in the event and will keep its doors open on May 19 until midnight. Its special programme includes a theatrical piece about the first landing of a balloon in Košice to be performed by the Via Cassa ensemble. The Museum of Aviation, a separate museum of STM joining the event for the first time, will prepare an evening air show.