Former diplomat and actress Magda Vášáryová: A woman president "would be a very positive signal abroad"

No one knows if Magda Vášáryová will run for president this spring - not even Vášáryová herself. "I'll have to think it over," she said when approached by The Slovak Spectator for an interview on February 4.
A former ambassador and a famous film and theatre actress, Magda Vášáryová was asked by a Slovak civic association in December 1998 to run for president as an independent and non-partisan candidate during elections to be held in May 1999. Since the new year, the Slovak media has been calling her 'the people's choice' and speculating on how she would fare if she entered the race against declared candidates like former president Michal Kováč and ruling coalition nominee Rudolf Schuster. 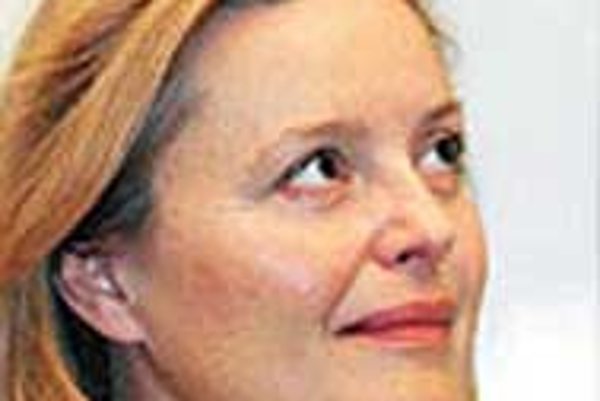 Font size:A-|A+0
No one knows if Magda Vášáryová will run for president this spring - not even Vášáryová herself. "I'll have to think it over," she said when approached by The Slovak Spectator for an interview on February 4.

A former ambassador and a famous film and theatre actress, Magda Vášáryová was asked by a Slovak civic association in December 1998 to run for president as an independent and non-partisan candidate during elections to be held in May 1999. Since the new year, the Slovak media has been calling her 'the people's choice' and speculating on how she would fare if she entered the race against declared candidates like former president Michal Kováč and ruling coalition nominee Rudolf Schuster.

Vášáryová served as the Ambassador of the Czechoslovak Federation to Austria from 1991 to 1993. After the split of Czech and Slovak Republics, she returned to Slovakia in 1993 and founded an independent non-government organization - the Slovak Association for Foreign Policy in Bratislava - which she has presided over ever since. She speaks more than seven languages and frequently visits international events of the highest level as an independent political scientist and sociologist.

The Slovak Spectator (TSS): Given the current situation of women in Slovak society, do you believe that people are ready to elect a woman as president?

Magda Vášáryová (MV): People in Slovakia have strong patriarchal opinions, and women are still defined by three words - kids, kitchen and church. But this attitude belongs to the 18th century. If you look at reality, women in Slovakia are employed for most of their lives, and up to 15% of them have higher wages than their husbands. This proves that these patriarchal ideas are outmoded and that society has no basis for maintaining them. But at the same time I think that society does not bar women from obtaining high social and professional positions, including that of president.

TSS: What would be the advantages and the disadvantages of having a woman as president?

MV: The disadvantage would be that she wouldn't have a wife to prepare her clothes in the morning, to check whether everything is alright and neat. Every woman has to do this herself.

In general, a woman's advantage would be that she could use her natural tendencies to promote a non-confrontational way of solving problems, that she could employ her qualities of intuition and empathy. Also, as president, she could positively influence the position of women in society.

But above all, a woman president would immediately and dramatically influence Slovakia's image abroad. It would be a very positive signal.

TSS: Slovaks tend to vote for strong leaders and to follow government decisions rather than take responsibility into their own hands. Will this trend determine the outcome of presidential elections in May as well?

MV: If there were ever a time in Slovakia when the majority of the population were able to distinguish between authoritarian behaviour and decisiveness, between macho posturing and natural authority, I think that time is right now.

Last September's elections proved that most people understood that content and form do not always go together. That's why I think these presidential elections will be crucial, because this tendency will be put to the test - will people pick a leader who will be like before, or will they choose someone who will change and modernise Slovak society.

MV: The country's political parties voluntarily gave up their chance to choose a president through parliament when they gave citizens the right to elect their head of state. The fact that these political parties will now try to make people vote for the candidate they chose, and their conviction that they will be able to push their common candidate through, it's even worse than if they elected the president in parliament.

TSS: What will be the main role of the future Slovak president?

Inside the country, there is also a gap that the president will have to fill, between the so-called democratically thinking and the so-called undemocratically thinking parts of society. We are all still very young democrats, and the president should fill this gap by reminding society that it has other and certainly more important problems than dividing people into pro-Mečiar and anti-Mečiar groups. The president should sweep this phenomenon off the table.

TSS: Which kind of president would be better - one who emerges from parliamentary politics and knows how political life operates, or one who is completely new to the game and non-partisan?

MV: Politics, just like diplomacy, is an art. The main skill needed to practice it well is the ability to solve problems, to achieve compromises and to persuade other parties to make compromises.

Whether the president has a political past is not relevant. I think it's much more important to focus on his role as an integrator on the political scene, as well as in the entire society.

The president should be respected by all parties and should be able to create space for dialogue even between sworn adversaries. The parties in any conflict have to sit at one table and negotiate, and it's very important they know who sets this negotiation table.