THE MARKET for DVDs is on the increase around the world and Slovakia is no exception. Last year, the Slovak market reached a breaking point by selling 254,898 DVDs, which is more than the number of all DVDs sold during the previous six years. However, the country is still behind the trends in western Europe and North America, mainly due to the high prices of DVDs and DVD players. 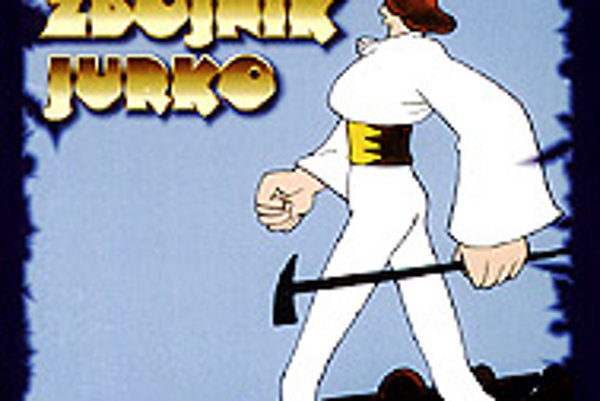 Font size:A-|A+  Comments disabled
THE MARKET for DVDs is on the increase around the world and Slovakia is no exception. Last year, the Slovak market reached a breaking point by selling 254,898 DVDs, which is more than the number of all DVDs sold during the previous six years. However, the country is still behind the trends in western Europe and North America, mainly due to the high prices of DVDs and DVD players.

According to the deputy editor-in-chief of PC Space magazine, Juraj Redeky, the prognosis for this year suggests that the number of DVDs sold on the Slovak market might reach 400,000. This increase in sales is expected due to the lowering of prices for new DVD titles, which should stimulate higher interest in buying them and therefore decrease illegal copying.

"The increasing demand for DVDs could help to support the issuing of original Slovak works," said Pavel Borowiec, director of DVD Group in the neighbouring Czech Republic.

There are around 2,000 films currently available on DVD in Slovakia and the Czech Republic. Exactly 26 of them are original Slovak works, most accompanied by additional information about the work in eight languages - English, German, Spanish, Russian, French, Hungarian, Polish, and Slovak.

"We assume that this number could double this year," said Redeky.

Among the favourite releases is the film Pacho hybský zbojník, a documentary about the Hockey World Championships 2000, Slovak Gold, and the music-retrospective Elán: Legenda I.

The first Slovak work ever issued on DVD was the documentary Slovakia, made for presentation at the Expo 2000 exhibition. Even though the disk was of good quality, the documentary, which was supposed to represent the beauties of the country, was filmed during the socialist era of Czechoslovakia, and therefore showed the former capital, Prague, and its football stadium, Sparta, commented Redeky.

Meanwhile, Slovakia started catching the world-wide DVD trend and began importing DVDs adjusted to the Slovak market. All were foreign titles, none Slovak. Around that time America started releasing the "Oscar" film classics, including the Slovak film The Shop on Main Street by Ján Kadár, which, according to Slovak experts was an illegal copy.

After a few failures, the first official Slovak DVD film, the co-production Thomas the Falconer, finally arrived at the end of 2000. A whole year passed before the next DVD was released, the World Championships 2002: Slovak Gold. Other DVDs included a series of popular bedtime cartoons about the shepherds Maťko and Kubko produced by Slovak television, and a collection of Juraj Jakubisko films released by the Czech Video Centre in cooperation with the Slovak Film Institute (SFÚ).

The boom in Slovak works started last year. By the end of 2003 Slovakia issued 10 feature films, several documentaries, and music video-clips. Among them is Dušan Hanák's The Pictures of the Old World, a documentary about the Tatras by Pavol Barabáš, and Zbojnícka trilógia, a compilation of Slovak feature and animated films about the national hero Juraj Jánošík.

Peter Dubecký, the SFÚ director, said that it is not easy to release original, classic films on DVD, "because of the state the Slovak film heritage is in". He was referring to the insufficient storing quality and unsolved copyright issues. "I am also not happy that every good film that is made in Slovakia is not automatically released on DVD."

This year has already seen the DVD Faithless Games by Michaela Pavlátová, and other titles, such as Sváko Ragan, Kubo, Rysavá Jalovica, and Tisícročná včela are currently in production.