THE FAMOUS Bill Cosby Show, about an upper-middleclass black family in America, has inspired screenplay authors and Slovak Roma politicians who are now campaigning to have a similar show produced in Slovakia featuring Roma actors.
Roma politician Alexander Patkoló has even offered himself as a cast member, hoping the sitcom would help break the barriers between the Slovak majority and the estimated 350,000 to 500,000 members of the Roma community in this central European country. 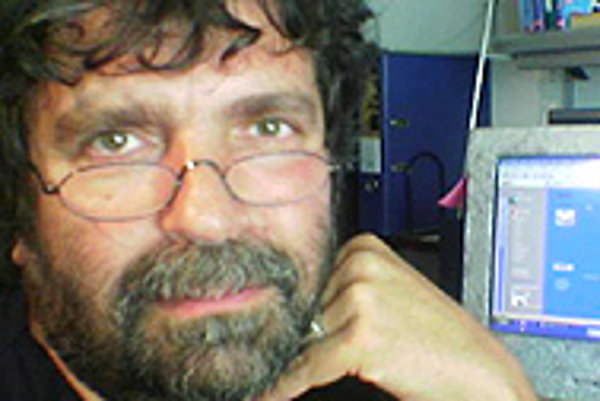 Font size:A-|A+  Comments disabled
THE FAMOUS Bill Cosby Show, about an upper-middleclass black family in America, has inspired screenplay authors and Slovak Roma politicians who are now campaigning to have a similar show produced in Slovakia featuring Roma actors.

Roma politician Alexander Patkoló has even offered himself as a cast member, hoping the sitcom would help break the barriers between the Slovak majority and the estimated 350,000 to 500,000 members of the Roma community in this central European country.

Patkoló, the head of the Slovak Roma Initiative (RIS) party, told The Slovak Spectator that that he would not refuse an offer to star as the new Roma Bill Cosby, joking that "an absolute majority of politicians are actors anyway."

"I would love to play in a scene or two; of course, provided that I pass the auditions," he said.

Roma people include some of the poorest in Slovakia, and some suffer high unemployment rates, bad health, lower than average education levels, and often fall victim to open or hidden racism - all factors that prevent their social advancement and complicate their competitiveness on the job market.

They are often dismissed as lazy people who only live off the state, have many children in order to draw high social benefits, and care little about helping themselves escape the social misery they often live in.

In Slovakia, where the national unemployment rate is still around 15 percent, and the average national wage is among the lowest of the new EU member states - around Sk15,000 (€375) - improvement of the lives of the Roma comes slowly, a direct result of the many other problems this post-communist nation faces.

There are Roma people of high academic and other achievements, businessmen, and politicians, though the latter are still unrepresented in the Slovak parliament. However, popular generalisations remain deeply rooted in Slovakia.

The advocates of the new sitcom hope that it will help dispel these widespread beliefs. The working title of the series is Balážovci (the Baláž family) or Gypsies go to town.

The basic premise of the series is that Anton Baláž, a 40-year-old family father and mid-level entrepreneur in the building industry, and his wife Tereza decide to move to the centre of a big city. They live in one apartment with their six children and Anton's parents, surrounded by "white neighbours".

According to the presentation of the project at www.makara.info, "from time to time the story becomes a portrait of 'white' society."

The screenplay was written by Ľubomír Gregor and Oleg Makara-Kalmáry who, not being Roma, consulted with Roma people.

"I often see negative reactions towards Roma and even towards this project. The majority 'white' population, including educated and respected people, often behaves in a racist way. I hope this show can help change this," Makara-Kalmáry said when asked what inspired him to write such a series.

The show aims to promote ethnic and racial tolerance and coexistence, the web presentation of the project states.

The authors want to offer the screenplay to the public TV broadcaster Slovak Television (STV) for consideration, and if that does not work out "we will be happy if any of the commercial or public broadcasters in Europe express interest in the show," said Makara-Kalmáry.

According to Branislav Zahradník, a member of STV management, the TV station was not "against any good ideas".

"I think that, despite his full schedule, TV director [Richard] Rybníček will find some time to meet with Mr Patkoló within two weeks," Zahradník told the Nový Čas daily August 28.

Patkoló already presented the idea to Slovak Foreign Minister Eduard Kukan who, according to Spokesman Juraj Tomaga, liked the idea because the Bill Cosby show had helped fight hidden racism in a witty way.

"Minister Kukan likes the idea of supporting the RIS project because it can help, just like the US sitcom, to change the climate and bring about a more vigorous refusal of hidden racist expressions and opposition to the rights of national minorities," Tomaga said to journalists after Patkoló's meeting with the minister.

Patkoló told The Slovak Spectator that he hoped the project would be realised and would contribute to a positive promotion of the Roma community among the majority population.

According to Makara-Kalmáry, the show could help expose some of society's racist beliefs and then combat them through education and information about Roma people and their lives.

"Racism is like alcoholism. No alcoholic admits that he is an alcoholic and neither do the majority of racists, except for the neo-Nazi types who are openly against other races. But unlike alcoholism, I believe that racism can be cured by education and knowledge," the author said.

The Bill Cosby Show was launched in 1984 and fairly quickly became an established pop culture fixture until its end in 1992. In part the show argued that black families could be successful and could face everyday problems related to their lives, including racism.