Two extortion cases involving entrepreneur Ladislav Rehák came to an end in May after a state prosecutor stayed the charges against him. 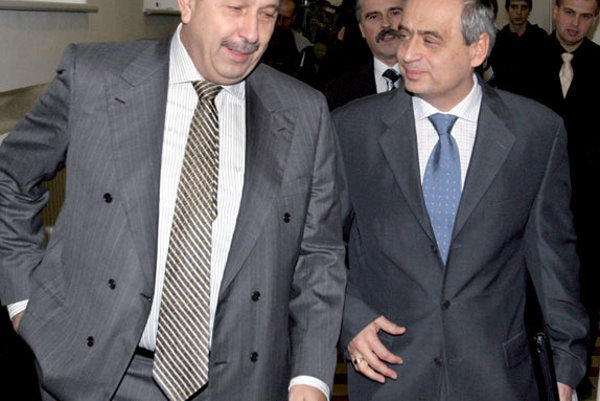 Two extortion cases involving entrepreneur Ladislav Rehák came to an end in May after a state prosecutor stayed the charges against him.

Ladislav Rehák, his sons Martin and Juraj, and Martin’s friend Robert Janeček had been accused of forcing a former bookkeeper, with threats and physical violence, to sign a notarized statement confessing to the embezzlement of Sk5 million from their company. At the end of 2006, a police investigator brought charges against them, but the courts turned down requests to take them into pre-trial custody.

A spokesman for the Bratislava Regional Prosecutor’s office said that the investigator had failed to prove the involvement of Ladislav and Juraj Rehák, but that the state is continuing to press charges against Martin Rehák and Robert Janeček for extortion and assault.

The prosecutor’s office also dropped charges against Ladislav Rehák (above, left) for allegedly extorting the brothers Viliam and Rastislav Vittek, a case in which Martin Rehák and Ernest Valko, a prominent Bratislava attorney (above, right), were also charged with extortion connected with purchase of land in Záhorie, to the west of Bratislava. The prosecutor found no evidence that a crime had been committed. The Vitteks have since been charged with fraud.