THE CALVARY in Banská Bystrica, at the foot of Urpín Hill, has undergone a much-needed restoration in the past year. 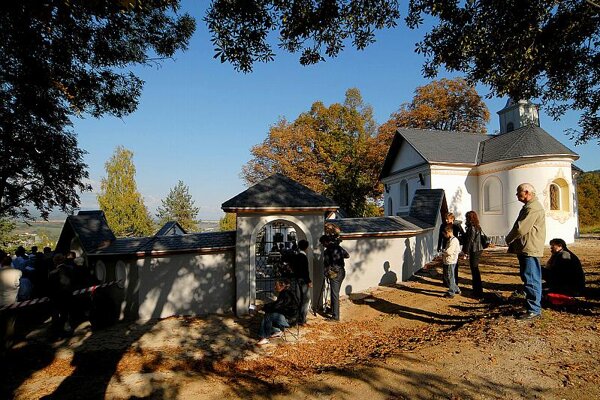 THE CALVARY in Banská Bystrica, at the foot of Urpín Hill, has undergone a much-needed restoration in the past year.

On September 28, Bishop Rudolf Baláž officially unveiled and blessed it. He also welcomed the Order of Barefoot Carmelites to Banská Bystrica, who will live in a newly constructed monastery near the Calvary and watch over it, the SITA newswire wrote.

The restoration included, apart from construction of the monastery and the reconstruction of individual chapels and a small church, the repair of a 270-year-old linden-chestnut alley that follows the stations of the cross, and new access roads and paths for pedestrians and bikers.

The new monastery will is dedicated to St. Terézia Benedikta of the Cross. It is the order’s third location in Slovakia.

The tradition of Calvary processions at Urpín dates back to 1663, when the processions on the holiday of the Finding and Elevation of the Cross were organised there. In that year, town inhabitants led by Jesuits promised to build the stations of the cross there.

The original chapel at the top bore the name of the holy grave and was finished in 1713, according to contemporary documentation.

Because of Jesuit influence, the Banská Bystrica Calvary has just eight stations of the cross, not 14, as is common among Franciscan orders.

The Calvary was popular up to the 1950s, with residents visiting the site for walks on Sundays. But its condition had deteriorated over time.

In 2005, the first five chapels were partially reconstructed with the use of a Sk200,000 (€6,640) subsidy from the Culture Ministry through the Let Us Renew Our House grant programme.