AFTER the steep escalation in the volume of construction of residential properties, and in their prices, during the last few years in Slovakia, the current market situation is much calmer. The global economic downturn has chilled the Slovak real estate market and developers and bankers as well as those interested in purchasing residential property are being much more cautious. 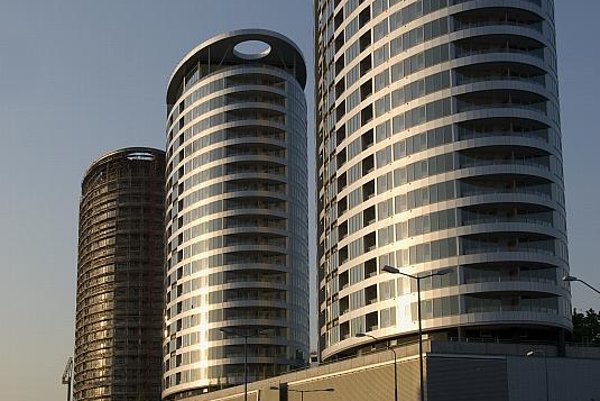 AFTER the steep escalation in the volume of construction of residential properties, and in their prices, during the last few years in Slovakia, the current market situation is much calmer. The global economic downturn has chilled the Slovak real estate market and developers and bankers as well as those interested in purchasing residential property are being much more cautious.

Banks continue to behave in a careful and conservative way and because the situation in the labour market is not trending positively, it is discouraging people from taking housing loans according to Galata. On the other hand, the market has shown a relative stabilisation in prices which should not significantly decrease any further, he said.

In the Slovak capital, there are over 5,800 new apartments for sale in more than one hundred developments, the Sme daily wrote in its latest S-Reality, a magazine focused on the real estate market. Of these, roughly 44 projects supplying 800 apartments were completed and became available for sale in March. The magazine noted, however, that many of them are large and people cannot afford them.

An analysis by Labartt Properties, cited by Sme, showed a large number of unsold studio apartments (called one-room apartments in Slovakia) and one-bedroom (or two-room) apartments.

“But this does not mean that there are enough available apartments for young families or couples, which should be their target group,” Peter Gerek of Labartt Investment told Sme.

“The portfolio of required real estates is as wide as in the past,” Daniela Danihel Rážová, head of the Association of Real Estate Brokers, told The Slovak Spectator. “But the most desired are apartments which the buyers aim to live in. The broadest target group is looking for a normal one to three-room apartment in buildings located in decent estates at a reasonable price.”

Market watchers say that even though large and luxurious apartments were missing in Slovakia, especially in Bratislava, in the past, their recent mass construction has significantly exceeded the demand over a short period of time.

This has resulted in a situation in which new developments do not reflect real needs and requirements in the market. As Filip Žoldák from Lexxus real estate agency told Sme, the market will return to the apartment sizes from the times of paneláky, the concrete blocks of apartments, because final price is the main factor which influences a customer’s decision.

“The current situation on the market confirms that only those old apartments which are offered for a reasonable price are being sold,” Rážová told The Slovak Spectator. “A large number of those selling old apartments are still not willing to lower the prices of the real estate they offer.

Thus the sale of older real estate has been moving at a slower pace. From the viewpoint of new developments, the situation is more complex since customers are oriented on price, on a 100-percent guarantee of timely completion of the project and they prefer real estate that is close to completion. The prices of apartments have changed the most in localities with the steepest recent increases .”

The euro had no effect

Though the adoption of the European single currency, the euro, was often cited last year as a factor pushing up prices of real estate in Slovakia, the new currency has not, in fact, affected the market.

“The financial crisis has completely subdued the effect of the adoption of the euro on prices of apartments,” Rážová told The Slovak Spectator.

According to her, apartment owners excessively increased sale prices of real estate prior to adoption of the euro in Slovakia hoping that people would like to ‘deposit’ their financial resources in real estate.

“This did not happen, but these owners now do not want to accept the fact that the prices were pushed up artificially and they are trying to keep them at that level even today,” said Rážová. “This is the reason why the market is stagnating because buyers are not willing to pay these inflated prices.”

Growth dynamics of prices slow down

In 2008, prices of residential real estate rose by 22.1 percent compared with the previous year. But this meant that the growth dynamic had slowed from the 23.9 percent reported for 2007, according to data released by the National Bank of Slovakia (NBS). The central bank monitors residential prices in cooperation with the National Association of Real Estate Agents in Slovakia (NARKS).

The growth of prices also decelerated over the course of 2008. During the first quarter prices rose by 34.5 percent but in the final quarter they increased by only 6.4 percent, the SITA newswire wrote, citing data released by the NBS.

Regionally, Bratislava Region continues to have the highest average price for residential real estate. In 2008, one square metre in Bratislava averaged €1,972, an increase of 18.4 percent compared with 2007. Košice Region followed with an average price of €1,137, up 40 percent y-o-y and Prešov Region was third with a 40.7 percent annual increase to an average of €1,051. As in 2007, Nitra Region reported the lowest average price in 2008 at €774 per square metre even though this represented a year-on-year increase of 44 percent.

For family houses the average price per square metre increased by 12.4 percent year-on-year to €1,270, according to data released by the central bank.

Along with supply exceeding demand Galata listed several other factors affecting the real estate market: the unfavourable situation in the labour market; real estate loan terms; and last, but not least, the general economic situation in the country as revealed through negatively developing indicators.

“Whether we are speaking about real estate investors or people who just need housing, the view of both groups of purchasers on acquiring property at this time, without a guarantee of a future rise in value which they were used to during previous years, is an important market factor,” Galata said. “This has caused, to a large scale, hesitation and waiting by purchasers.”

According to Rážová, the financial crisis and its subsequent “general depression about the future” influence the real estate market, similarly to other economic sectors, when clients hesitate in decision-making because they are uncertain of the future.

Market watchers say that it is difficult to estimate the development of the market during the coming months.

“It can be assumed that the high number of unsold apartments will at least partially force developers and investors to think over how to sell them to free up money for their next projects or to at least partially fulfil their expectations and obligations,” Galata said, adding that his firm thinks that “Slovakia continues to be an interesting country for developers, particularly due to relative economic stability, a good outlook for coming years and a general shortage of apartments, but it will be under much more modest and reasonable terms.”